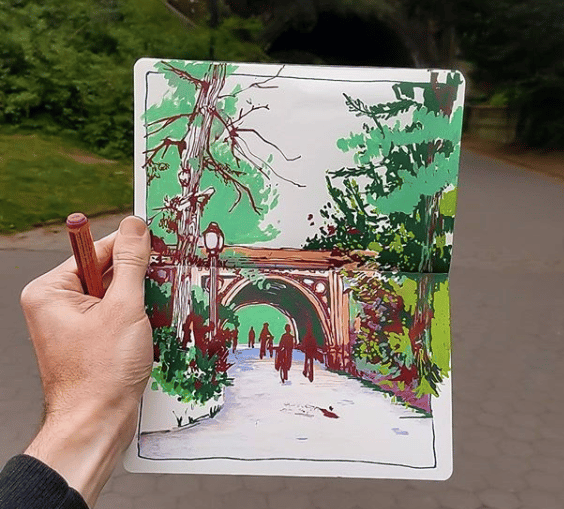 In uncertain times, one of the things Prospect Park Alliance…

April Species of the Month

It is not enough that yearly, down this hill,
April
Comes like an idiot, babbling and strewing flowers.
“Spring” by Edna St. Vincent Millay

Species is one of those words that is both singular and the plural. For this month, I am using it in the plural sense, not the singular. So yes, it’s a three-for-one special for my April Species of the Month column! As in the poem quoted above, April does seem to be throwing visual stimuli at us left and right, so it seemed like a good time to focus on ephemerals—plants that are here today, gone tomorrow. The three species for this month are: 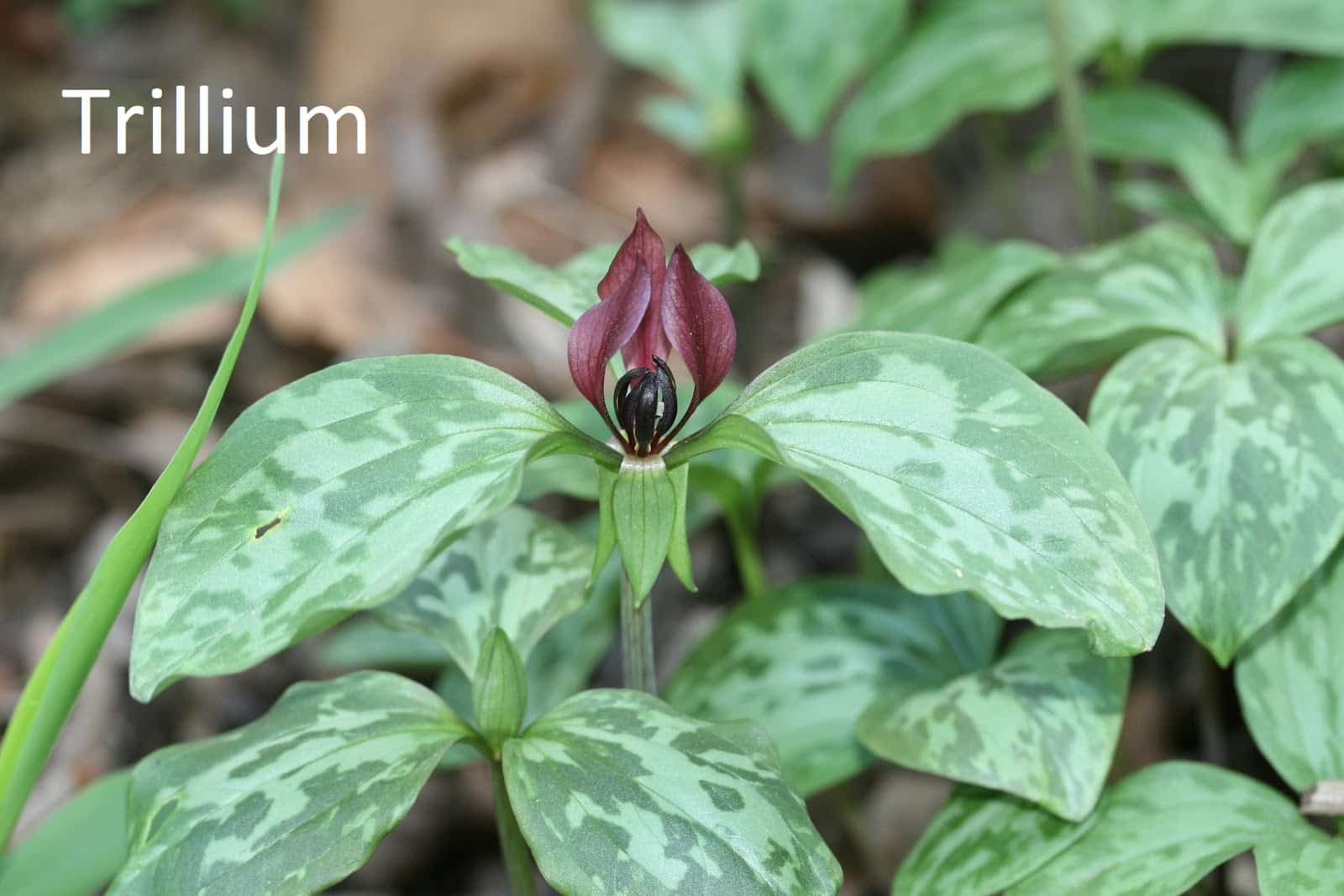 Trillium erectum is one of the many species of the aptly named trilliums, as both the leaf structure and the flowers come in groups of three. The leaves emerge from the leaf litter on the ground in March and, like most spring ephemerals, it takes advantage of the light coming through the tree canopy before the trees have leafed out. The leaves are dark green, often spotted with purple or green, and then fade to a darker purple as they die. This perennial herbaceous plant, which grows in our woodlands, has a dark-red, velvety, three-petaled flower (there are probably more than one species here in the park). The flower is supposed to smell like rotten meat (like the famous corpse flower) to attract flies as pollinators. When the flower fades, it leaves behind a single dark red berry. You’ll find them growing through the goutweed in the Midwood, or along the footpath between the Picnic House and the Tennis House, among other places. 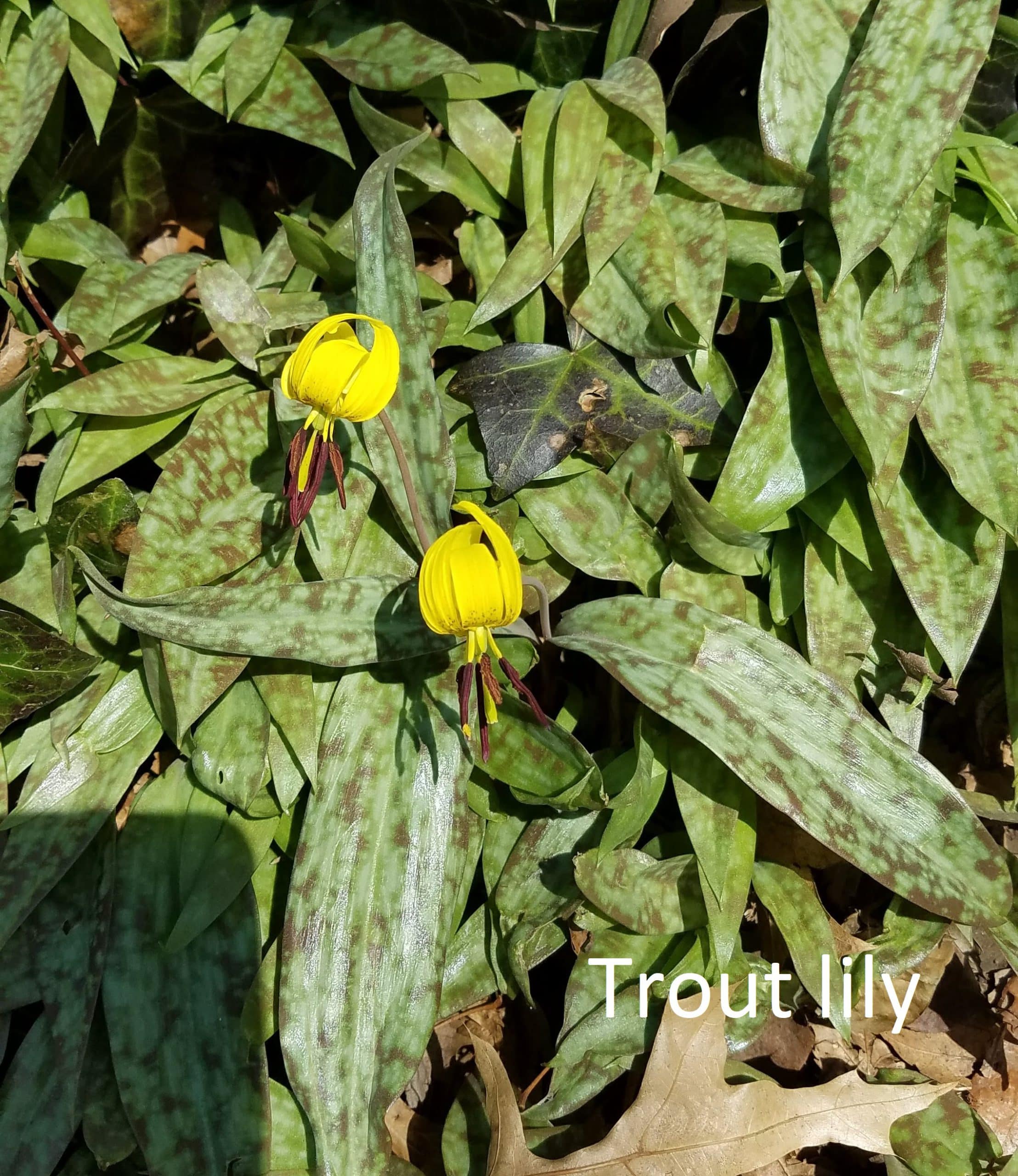 Erythronium americanum, the yellow trout lily, thrives in similar conditions to the trillium. Trout lilies also can have purple-spotted leaves (supposedly resembling brook trout), form similar colonies on the woodland floor, and thus could easily be confused with the trilliums above. Just remember the trilliums have three leaves, and the trout lilies have one or two more elongated leaves. Once they flower however, the difference is clear. The trout lilies have a bright-yellow, downward-facing, bell-like bloom on an elongated stem. You may not see a lot of trout lily flowers in a patch, however, as it takes about four to seven years for them to bloom. Thus, less than one percent of each colony may be mature enough to bloom. The plants with one leaf do not flower, the plants with two leaves will flower. The yellow trout lily is a myrmecochorous plant (new word for me), which means its seeds are dispersed by ants. Additionally, they can reproduce asexually, by the bulb sending out a root-like tentacle that will create a new bulb, and then separate from the mother plant. The multiple reproductive survival methods may be why some trout lily colonies are suspected of being over 300 years old! The yellow trout lilies can also be found in the Midwood and along the same path between the Picnic House and Tennis House. 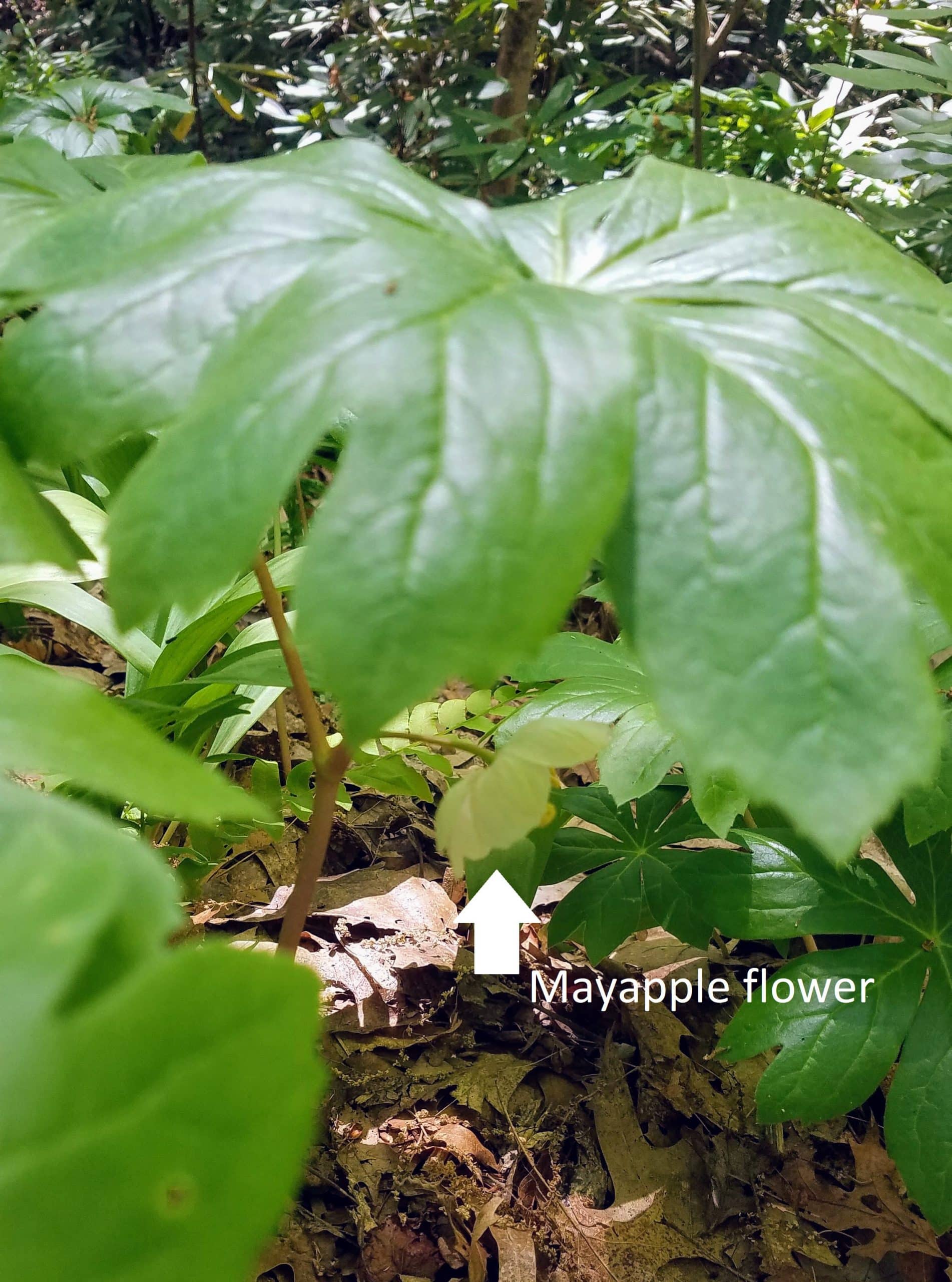 Podophyllum peltatum is not technically a spring ephemeral, as its leaves and fruit last well into late summer. But I’m including it in this group because it is also a native perennial woodland herbaceous species with a unique form, which grows in colonies (that can reach 100 years old), and has a unique spring flower. The mayapple plant resembles a green umbrella, with one or multiple palmate leaves that will shade a single white flower that blooms discretely underneath its shade. Like the trout lily, if the mayapple produces a single leaf, it is young and will not flower. The multi-leaved (usually two) plants are the ones that bloom, with the flower emerging from the axil of the two leaves. An individual plant may take up to 12 years before it flowers. Mayapples mostly spread by rhizomes underground and via the seed from their fruit, which can be dispersed by multiple animals, including the eastern box turtle. To me, the fruit looks more like a small green tomato than an apple. You can also find these growing in the Midwood, or on the slopes on either side of the Wellhouse, as well as many other places in the park.

I know we’ve been stuck inside a lot lately, so if you get the chance, look out for these and other short-lived signs of spring before they’re gone!