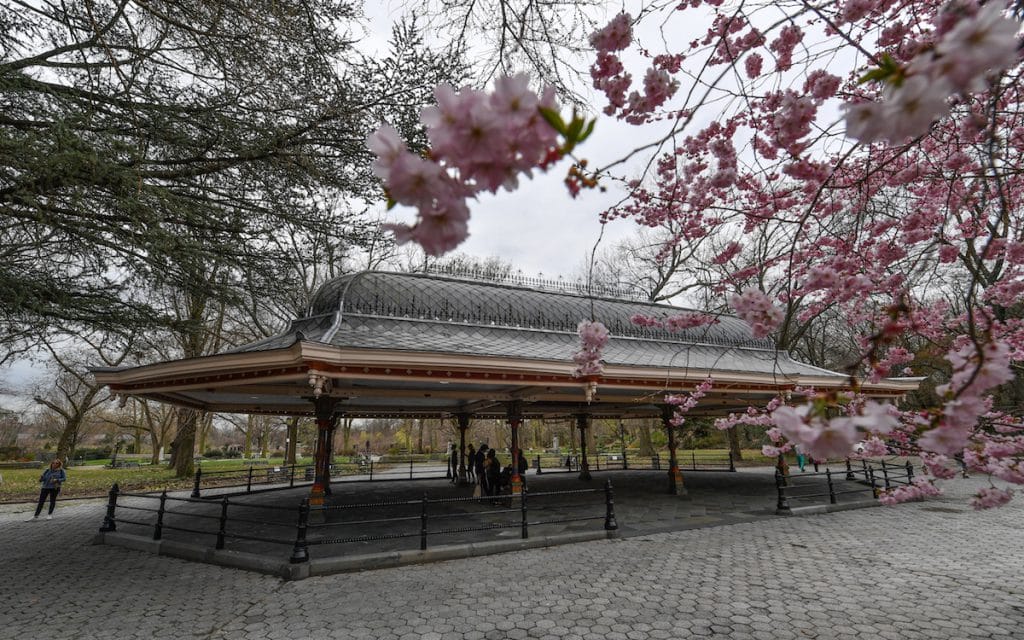 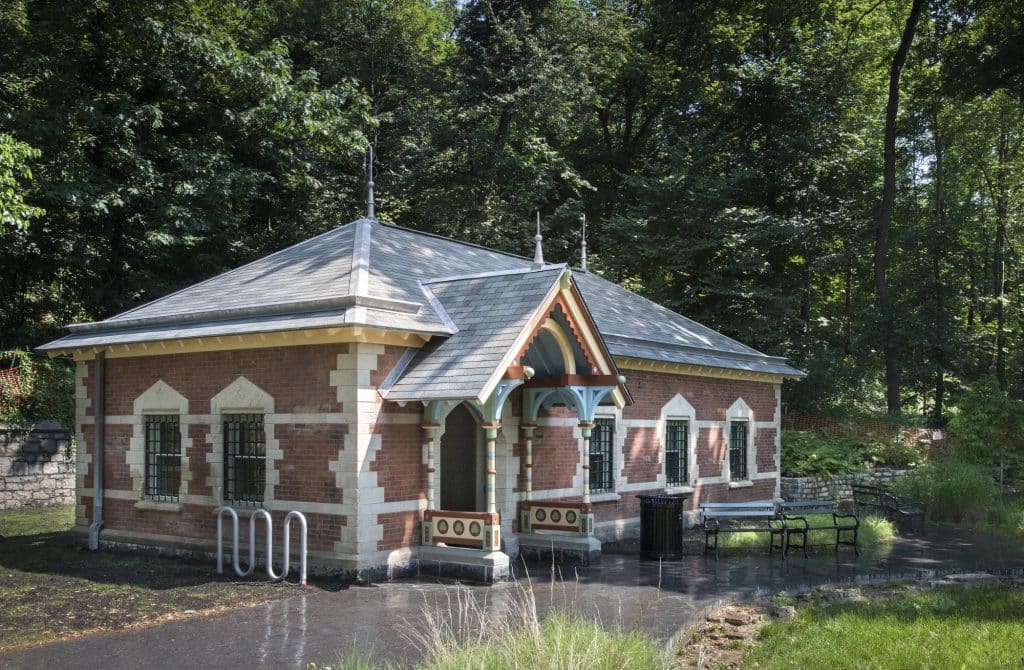 Prospect Park Alliance was honored with a 2018 Award for Excellence in Design by the New York City Public Design Commission for the design of the proposed restoration of the Concert Grove Pavilion.

Through $2 million in funding by former Speaker Melissa Mark-Viverito and the Brooklyn Delegation of the New York City Council, the Alliance will restore this historic structure, which was closed to the public in 2014 due to structural damage, and return this treasured community resource to public use. Surrounding pathways, lighting and landscaping will also be restored. The project is estimated completion by Fall 2019.

Designed by Calvert Vaux in 1874, the Concert Grove Pavilion features eight cast-iron columns supporting a decorative metal-and-wood roof with a stained-glass skylight. Typical of the day, the design borrows motifs from Hindu, Chinese, Moorish and Egyptian architecture. Situated in the Upper Concert Grove in the Park’s southeast corner, adjacent to Lakeside, the pavilion was almost completely destroyed by fire in 1974, but the elaborate cast iron columns were salvaged and the pavilion was restored in 1987.