The Prospect Park Tennis Center offers instruction for children of… 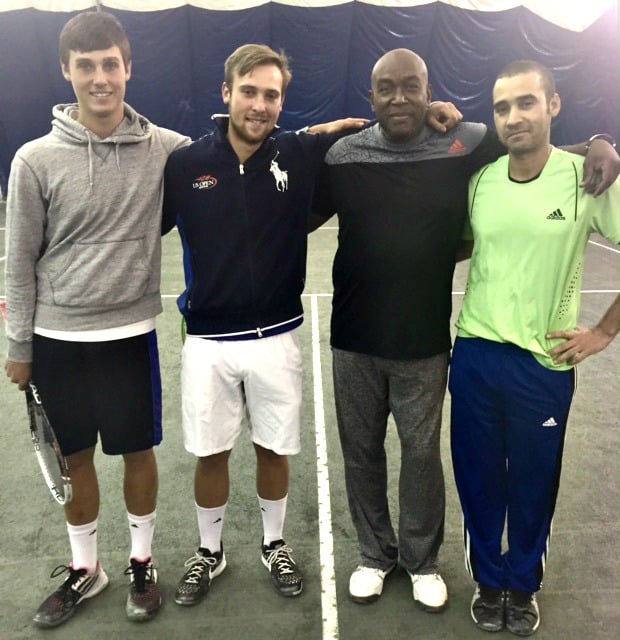 Springtime has returned to Brooklyn. And for the borough’s tennis…

Across all categories, this year’s tournament held at the Prospect Park Tennis Center was the strongest and most competitive yet. With a total of 208 players in the tournament, the turnout equalled the quality of play. 64 players were entered in the Mens B draw, which is half the size of the world famous U.S. Open’s draw. Also of note, were the several family pairings participating in doubles play, including teams of Boraks, Bradfords, Campbells, Greenes and Weissmans.

View the image gallery of our champions.

In Womens Singles, Julie Lilien, a champion from years past, defeated Lucy Herrera 6-0, 6-2. Julie is fierce competitor and has won the Womens Singles several times, always against great competition from players like Lucy, who teaches at the Tennis Center.

This year’s Mens A Singles final between Tim Crawmer and Eduardo Gil was an amazing match. Tim was a former champion for Navy. On set point, he hit a big serve and came to the net behind it, but Eduardo, who teaches at the Tennis Center, masterfully sliced a crosscourt backhand return to save a match point. The momentum shifted from there, and Eduardo proceeded to turn the match around and win the tournament 3-6,7-5,6-1.

In Mens B Singles, Vlad Safovich defeated Josh Rabinovitz 6-0, 6-4 in the finals. Both Vlad and Josh did well the previous year and were eager to play each other for the title this time around.

Alison Hernon and Alyson Walder edged out Sarah Gerstenzang and Karen Johnson in an exciting second set  6-2, 7-5 to walk away victorious in Womens Doubles.

Mens Doubles saw the family team of Adam Borak and Mikolaj Borak defeat Nigel Liverpool and Eduardo Gil 4-6, 6-3, 6-4. Both Mikolaj and his younger brother Adam came up through the Tennis Center junior development program and have developed into high-level tournament players. Nigel and Eduardo are experienced and talented pros that teach at the center.

In the Mixed Doubles, home court pros Nadia Lysak and Nigel Liverpool defeated Avernelle Holder and Zachary Campbell 6-2, 6-1. The mixed double field was by far the strongest we have had to date.