Whether you are a frequent visitor or this is your first trip, learn more about directions, hours and information on permits and rules + safety in Prospect Park.

Love Prospect Park? Sign up for our eNews and keep up to date on the latest news and events in the Park.

Prospect Park is open daily from 6 am–1 am, with playgrounds closing at 9 pm, and the Parade Ground at 10 pm. Park attractions have varying hours.

Need a map while off-line? Check out our printable map.

Help keep the Park green, safe and beautiful by following these guidelines.

Find the best way to get to Prospect Park.

How To Get Here

Sign up to receive the latest info on news and events in the Park.

Become a Member and Save!

Prospect Park Alliance is the non-profit organization that sustains the park. We provide critical staff and resources that keep the park green and vibrant. Become an Alliance member and enjoy great benefits to enhance your park experience. Right now, enjoy discounts on introductory rates for our most popular levels of membership!

Growth of Brooklyn and Plans for Prospect Park

In the 18th century, Brooklyn was one of six villages dotting the western end of Long Island.  In 1814 Robert Fulton’s ferry service contributed to the expansion of East River commerce and linked the growing town with its neighbor and competitor, New York City.  Chartered in 1834,  Brooklyn became the new nation’s third largest city within thirty years. The resulting crowds and unsanitary conditions prompted the first American attempts at urban planning, with public green space seen as a health necessity more than an aesthetic one.  At the same time, new concepts concerning the role of public parks in America were gaining popularity. In 1858, designers Frederick Law Olmsted and Calvert Vaux completed Central Park in Manhattan. Soon a movement grew in Brooklyn for a park of its own. James T. Stranahan, a business and civic leader, spearheaded the endeavor as head of the Brooklyn Parks Commissioners, overseeing the Park’s creation from inception to completion.  In the early 1860s, Stranahan argued that a park in Brooklyn “would become a favorite resort for all classes of our community, enabling thousands to enjoy pure air, with healthful exercise, at all seasons of the year…” 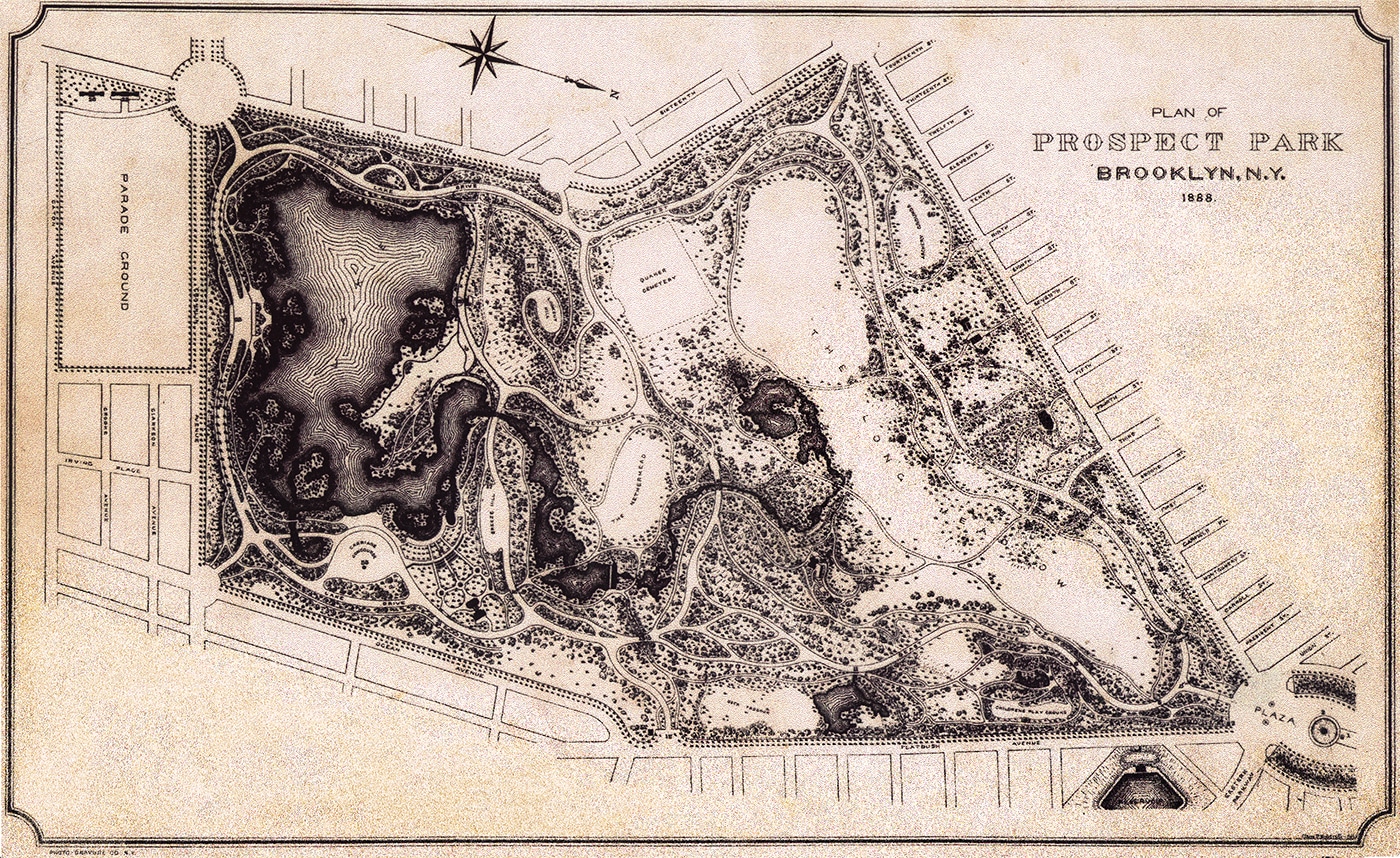 Learn more about the history of Prospect Park

Prospect Park Alliance is the non-profit organization that sustains the park. We provide critical staff and resources that keep the park green and vibrant. Support us to ensure the well-being of the park today and for years to come.

Give Today
Prospect Park Alliance sustains, restores and advances Prospect Park to benefit the diverse communities we serve, in partnership with the City of New York. Read More