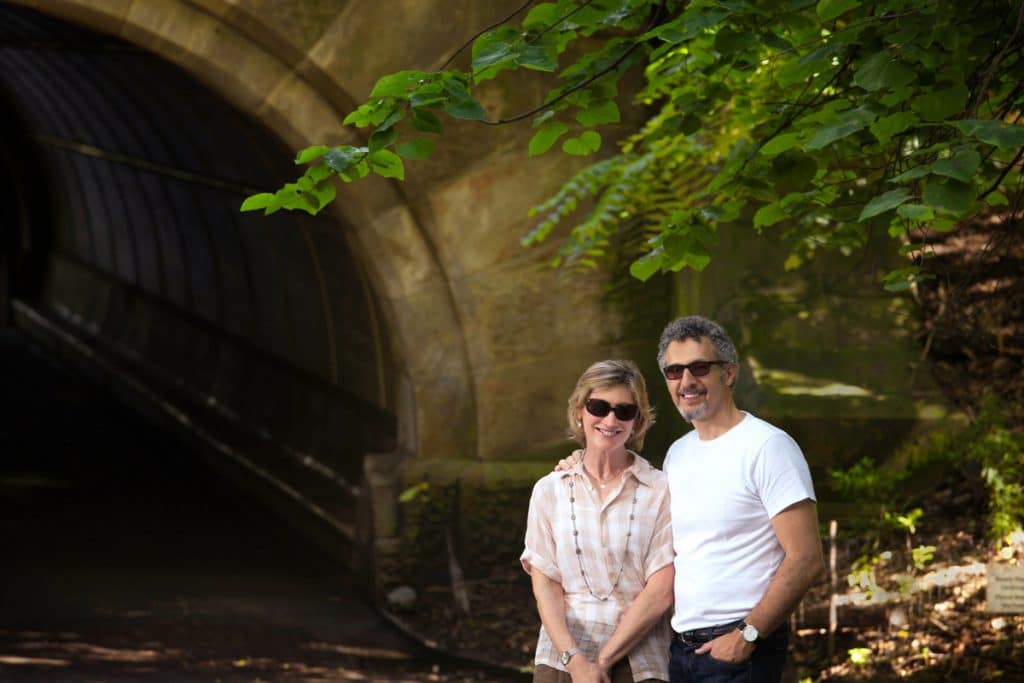 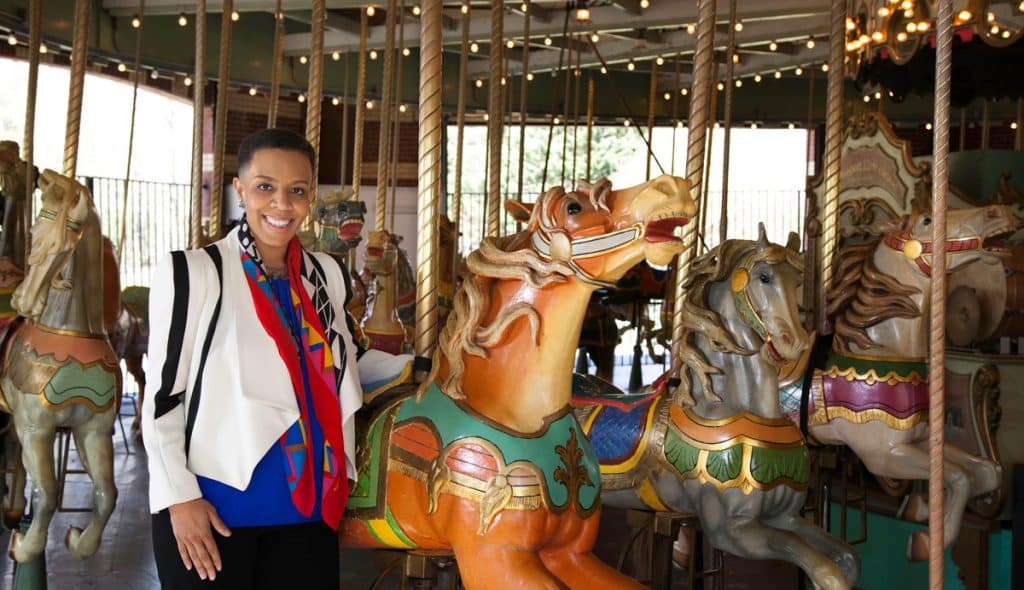 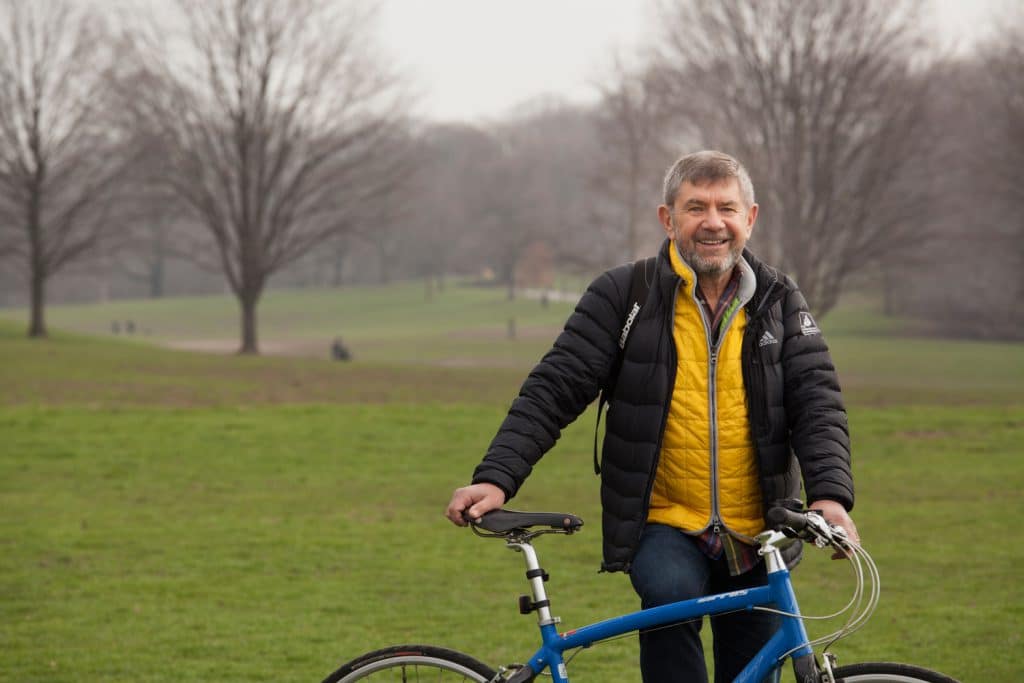 Just a few short blocks from Prospect Park, Victor Bahna points out a three-story building. “This was our house,” he exclaims, “this is where we lived.” The circa 1901 row house in Windsor Terrace was home to the Bahna family during the early 20th century. On a recent afternoon, Alfred Bahna, a 92-year-old watch repairman, and Victor Bahna, an 87-year-old retired civil engineer, reminisced about a childhood spent in a Prospect Park accessible to most only through black-and-white photos.

Stopping on a Park bench, Alfred and Victor recalled their family visits to Prospect Park. “My parents used to go to the Park every weekend, they’d bring food with them and we would spend the whole day there,” says Alfred.

“Down by the Lake, we used to go out on the Peninsula and have the picnics,” chimes Victor. “My parents knew a lot of people in the neighborhood from the old country, and they used to meet them there.”

Alfred and Victor’s parents immigrated to the United States from Syria in 1917, and met with the help of a matchmaker before marrying in 1921. The family settled in Windsor Terrace, a neighborhood of immigrants. “It was mixed nationalities in this neighborhood,” remembers Victor. “German, Irish, Italian, Polish, we were the best of friends.”

Their father, Joseph Bahna, was a shoemaker while their mother, Lateffa Bahna, was a dressmaker. While they worked, their boys grew up in the warm embrace of the neighborhood. “It was great being a kid in this area of Brooklyn,” says Victor, “we were outside all the time playing ‘Johnny on the Pony’, ‘Kick-the-Can’, stickball and all these games we played in the street! It was a great time in this neighborhood…everybody knew everybody on the block.” 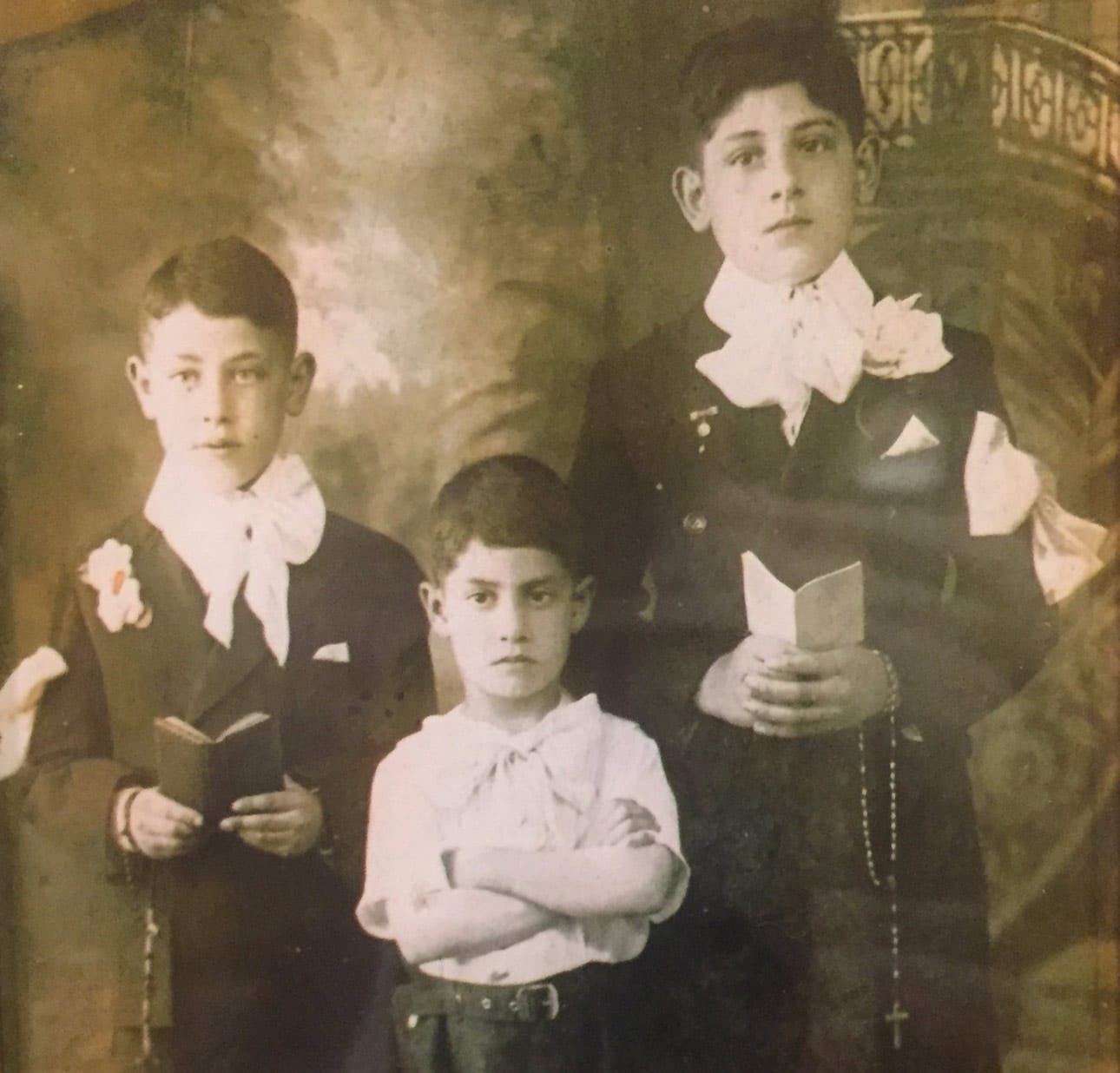 The Bahna brothers have memories of the Prospect Park of yesteryear, including of the well-known residents on the Long Meadow, “I remember the sheep in Prospect Park!” Victor recalls, “The sheep used to graze there, I was maybe 6 or 7 at the time. My father would take us to the Long Meadow to fly kites. He used to make his own kites, and they were very big. One time he tied a string around me and I was lifted by the kite!”

During World War II, soldiers were stationed in Prospect Park, with anti-aircraft guns and stores of ammunition. Few today remember this time in Prospect Park, but Victor recalls it fondly. “We used to jump the fence and walk through the Park to school, and on our way we would see the soldiers marching around doing their drills,” says Victor. “We used to laugh at them! All the soldiers were southerners, and the Picnic House was the USO.”

The beginning and middle of the 20th century was an exciting time in Prospect Park, with a number of new destinations and events, and high visitorship. Things took a turn in the 1970’s, however, when New York City became embroiled in a fiscal crisis, and the Park’s landscapes and structures fell into serious disrepair. “It was tough,” Victor remembers. “You didn’t want to walk in there at night, you might not come out.” The decline was so precipitous that by the 1980’s attendance had dropped to 1.7 million visits a year—the lowest in the Park’s history.

In 1987, a group of private citizens working with then Parks Commissioner Henry Stern founded a new nonprofit organization—Prospect Park Alliance—to work with the City in leading Prospect Park’s transformation. The subsequent 30 years have seen a renaissance in the Park, thanks in part to the Bahna legacy—Victor’s daughter Catherine joined the Alliance’s Board of Directors in 1999.

“My family history has had a huge influence on me,” says Catherine, who settled with her family in Windsor Terrace. “I feel very rooted here. From the time I was a young child and would hear stories from my father about what it was like growing up in Brooklyn near Prospect Park, to the present, where I live with my family in a house across the street from the Park, I have always had a strong personal connection to the Park and a strong desire to do something to give back. I am very lucky and blessed to be able to play an active role in a Park that is so important to my family—not just for my benefit and enjoyment but also for the benefit of all people who visit the Park.”

Reminiscing about the Park—skating on the frozen Lake, playing football by the 10th Avenue entrance, and getting into a whole lot of mischief, the Bahna brothers meditate on the important role these 585-acres played. “We had a lot of fun,” says Alfred. “We loved the Park,” agrees Victor. “It was our life.”