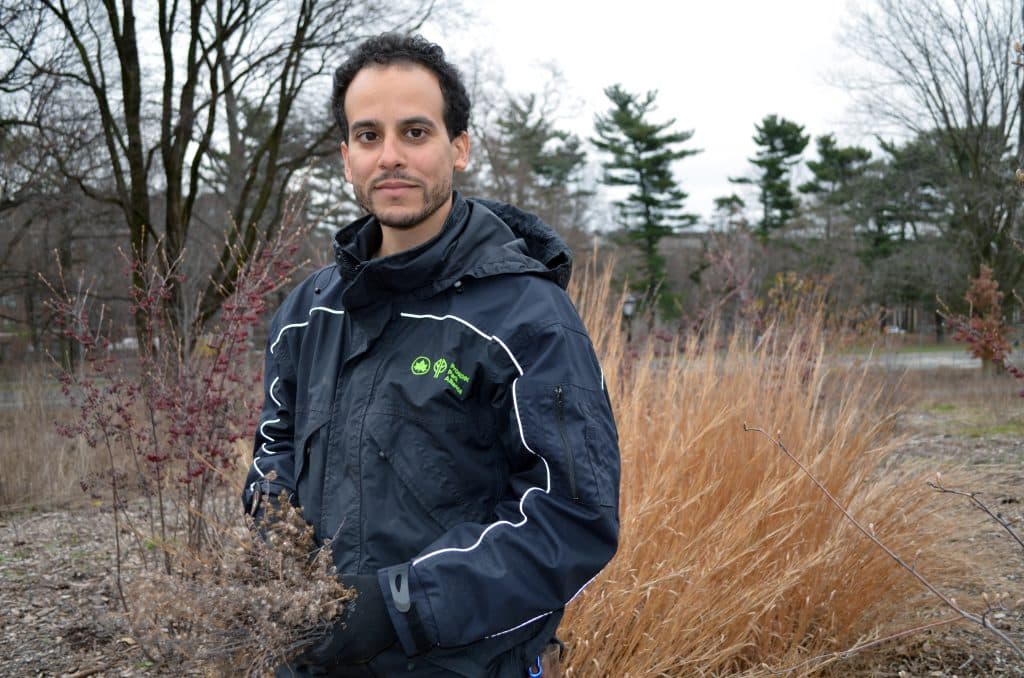 As part of its commitment to sustainable design, the Alliance… 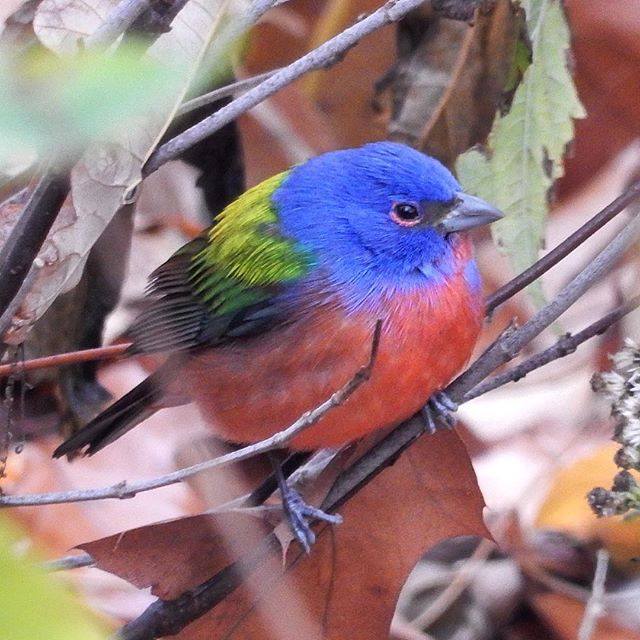 Winter may be on the horizon, but that’s not stopping… 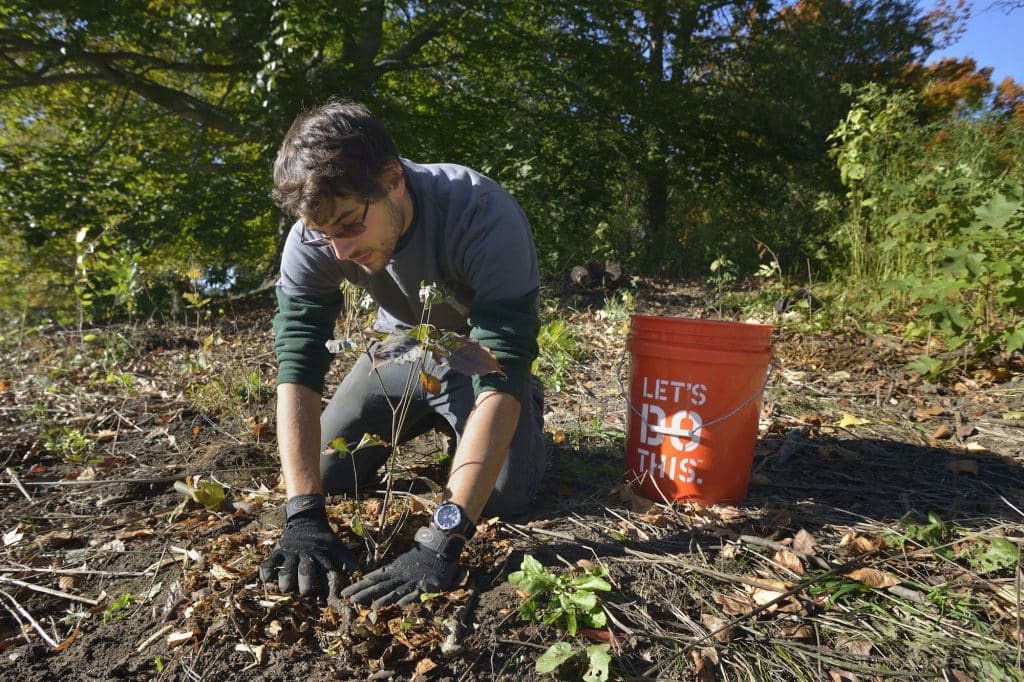 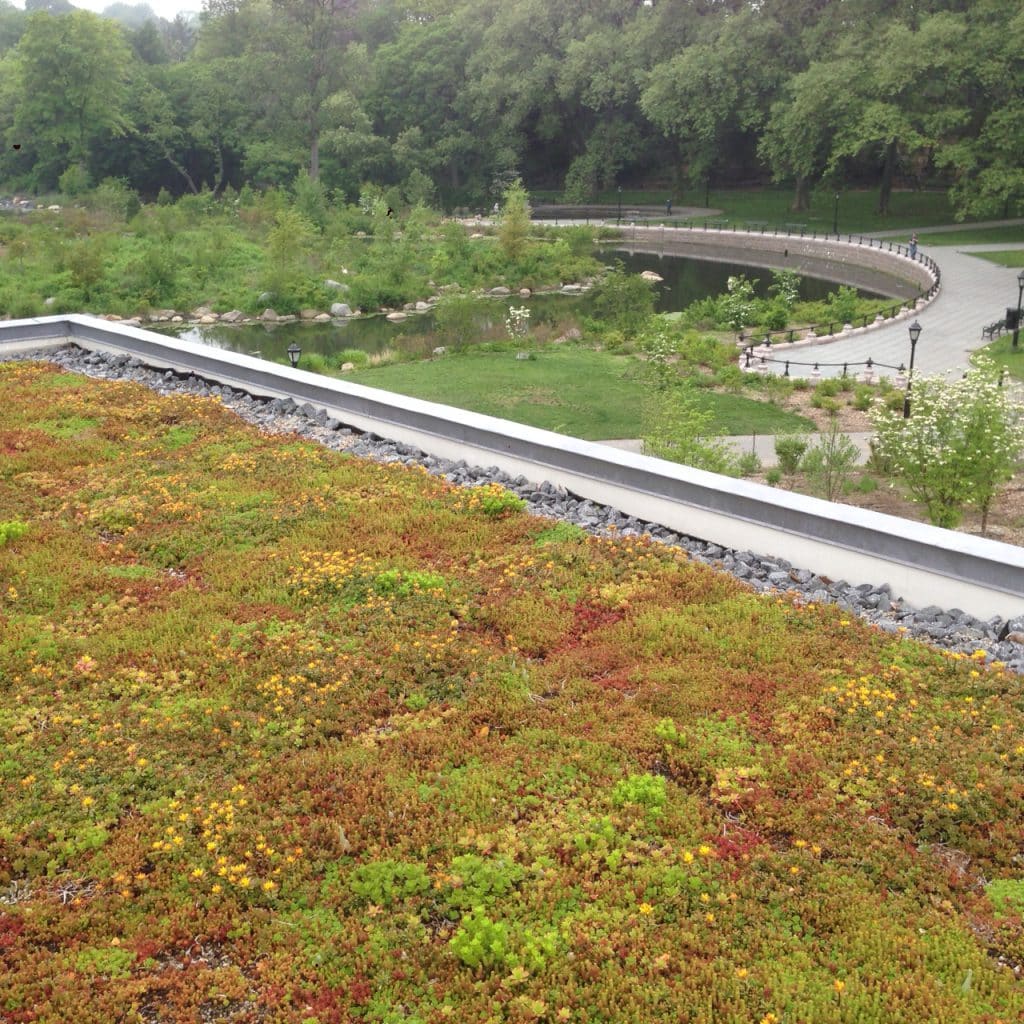 This month, you may have noticed the influx of binocular-wielding, camera-toting bird lovers in the vicinity of the LeFrak Center at Lakeside searching for a rare and magnificent bird called the painted bunting, otherwise known as the bird that broke the Internet. This migratory member of the cardinal family is the first of his kind to be seen in Brooklyn in years, and has generated a significant amount of buzz thanks to his polychromatic plumage.

But the beloved painted bunting is hardly the first exciting species to temporarily call Prospect Park’s abundant lush woodlands, home. John Jordan, Director of Landscape Management for the Prospect Park Alliance, rattles off a list of impressive avian visitors, most recently some nesting great horned owls. “We regularly have red-tailed hawks and each year we get a great number of migrating – and sometimes nesting – songbirds coming through the Park,” he adds.

The Park’s woodland habitats do not exist by happenstance, but are the result of years of hard work by the Prospect Park Alliance’s Landscape Management and Design and Construction teams. In the late 1980s, when the Alliance was first founded, the Park’s natural areas were in a dire state. Decades of erosion and neglect had left the Park’s woodlands and waterways a poor habitat for wildlife. Over the past two decades, the Alliance has invested millions of dollars to revitalize the Park, planting hundreds of thousands of trees, plants and shrubs.

The LeFrak Center at Lakeside is an ideal example of this work. The project reclaimed three acres of wildlife habitat, including the site where the painted bunting was spotted – formerly a 300-space parking lot. Much of this restoration work is led by the Alliance’s Natural Resources Crew, which gives careful consideration to habitat value when deciding on plants to introduce to the landscape. “In addition to the aesthetic benefit, we think about how it adds to the health of the landscape and what creatures might utilize a plant for food, shelter or nesting,” said Jordan.

Prospect Park is designated as an Important Bird Area by the National Audubon Society. Thanks in part to its prime location along the Atlantic flyway, Prospect Park’s acres of forest attract migrating birds every year, drawn in by an abundance of food, and a variety of habitats. “Each of these bird species is drawn to different things,” explains Jordan. “The owls come for winter roosts in the tall evergreens; the woodland songbirds each occupy a different niche.” The woodlands provide especially varied and rich habitats for birds. “Some species hunt in the tree tops for insects, some scour the understory for berries, fruit, and seeds, and others forage along the forest floor.”

Love the painted bunting? Join Alliance naturalists at the Prospect Park Audubon Center for bird watching and other nature programs on weekends and during the Winter Recess. The Brooklyn Bird Club also leads early morning bird walks and monthly explorations of the Park. Learn about upcoming bird watching events, and check out our Visit the Park section for more information about birding in Prospect Park.