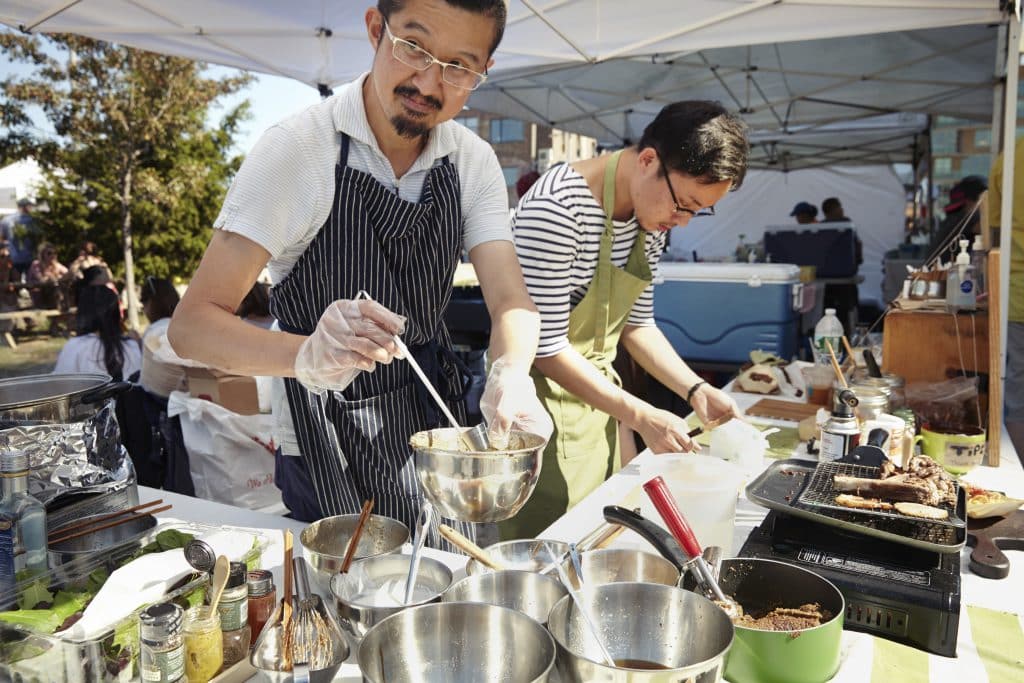 The line up of vendors for Smorgasburg Prospect Park has been…

This week, Prospect Park Alliance announced new food vendors coming to Prospect Park: King David Tacos, Carpe Donut NYC and Anton’s Dumplings. These vendors will be based at locations around the Park, with King David Tacos beginning operations on September 19, and the rest rolling out through the fall.

“One of the top requests from park patrons is more food options in the Park,” said Sue Donoghue, President of Prospect Park Alliance. “This year we reached out to local businesses to seek interesting and affordable food options for the Park. These new vendors will join our existing vendors, including the Bluestone Café at the LeFrak Center at Lakeside, Smorgasburg Prospect Park, and concessions the Alliance operates seasonally at the Prospect Park Carousel and Parade Ground.”

Anton’s Dumplings, operated by MOVE Systems, will be stationed at 9th Street and Prospect Park West (Wed-Mon, 11 am-11 pm). The cart is an homage to Russian cuisine created by a group of Russian-Americans who wanted to share their love for pelmeni. In its first year of business, it was named one of the best dumplings by New York Magazine’s Grub Street. Anton’s offers three kinds of dumplings—potato, chicken, and Siberian—with untraditional toppings including soy sauce, Sriracha and smoked Gouda fondue.

In addition, Mohammed Islam will add a second hot dog cart at Lincoln Road and Ocean Ave, in addition to his location at the Long Meadow Ball Fields.