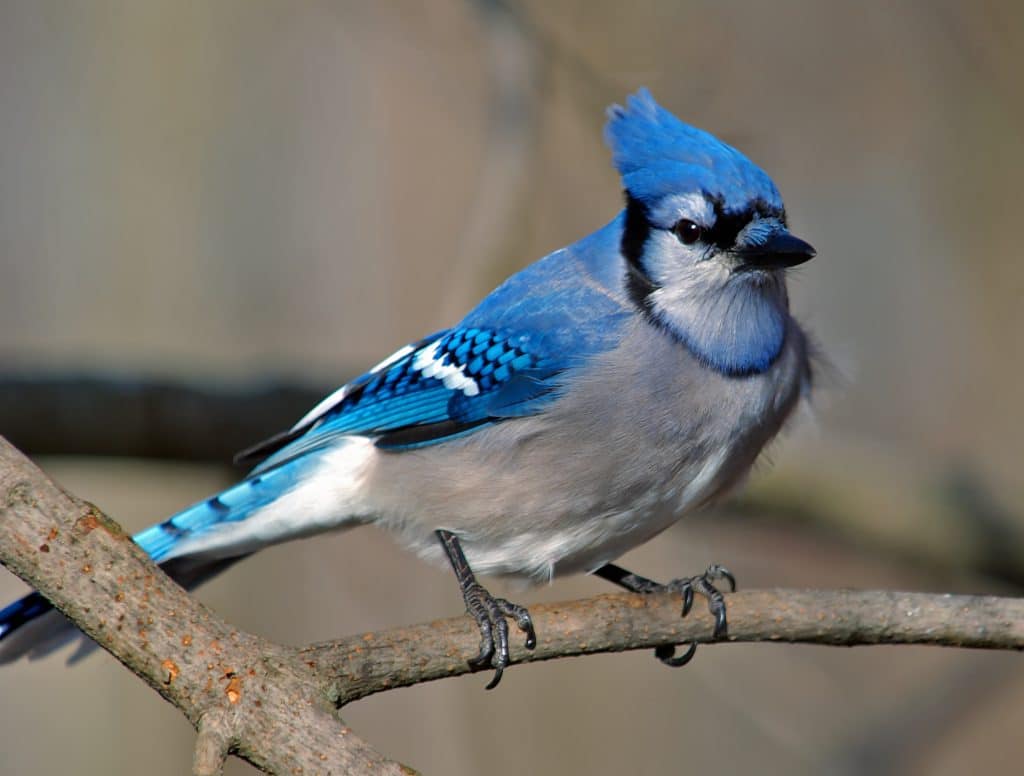 Most people know Prospect Park as a large, public green space where Brooklyn’s diverse community comes to gather—but did you know that community includes an amazing diversity of wildlife? Prospect Park Alliance crews restore and maintain these natural spaces where this array of species thrive. We’re breaking down Prospect Park’s fauna by the numbers to remind you just how essential these 585 acres are.

292 Species of Birds, 71 Nesting Bird Species
Prospect Park hosts numerous species of birds year round, but the park is also extremely important to migratory birds. Twice a year during the migration seasons, millions of birds fly over New York City via the Atlantic Flyway. Flying over Brooklyn, many birds take advantage of Prospect Park’s prime location and natural habitat to rest, refuel and prepare themselves for the rest of their journey.

15 Species of Mammals
Anyone who has taken a walk through Prospect Park’s woods is familiar with a few of the mammal species in the park—squirrels are ubiquitous and chipmunks abound (and are one of the only populations of chipmunks in Brooklyn). Unsurprisingly, the park hosts raccoons and mice, but did you know that park is home to at least 6 species of bats (possibly up to 9), rabbits, and as of 2019, a skunk!

14 Species of Fish
Prospect Park is home to Brooklyn’s only lake, and this ecosystem hosts a wide variety of fish. Catch-and-release fishing is permitted in Prospect Park, and potential catches include pumpkinseeds, bluegills, and even largemouth bass of impressive size!

6-8 Species of Reptiles and Amphibians
A common sight in Prospect Park are turtles sunning themselves throughout the park’s watercourse, much to the delight of visitors. These are most frequently red-eared sliders, but other reptile and amphibian species include American bullfrogs and snapping turtles.

1000+ Species of Insects, Including 35 Butterfly and 59 Bee Species
Any estimate of the number of insect and arachnid species in Prospect Park is likely to be an underestimate—these creeping, crawling and flying creatures are numerous and an essential part of the park’s ecosystem even in an urban environment. No concrete species number exists for invertebrates, as most insect groups in the park have not been counted. However, there are an estimated 21 species of odonates (dragonflies and damselflies), at least 35 species of butterflies, and approximately 59 native bee species—28% of all bee species east of the Mississippi River!

Prospect Park also hosts an amazing diversity of plant species, and is both and “ark” and a “source” for species, meaning that it is the last place in Brooklyn for some habitats and species, as well as a genetic reservoir for local plants and creatures. Prospect Park Alliance’s crews work year-round at ecological restoration—enhancing and creating habitats dominated by native species that provide wildlife habitat and encourage conditions of natural habitat succession.

Interested in learning more? Head to the Sustaining the Environment section of our website, and consider getting involved with Prospect Park Alliance to support our mission.