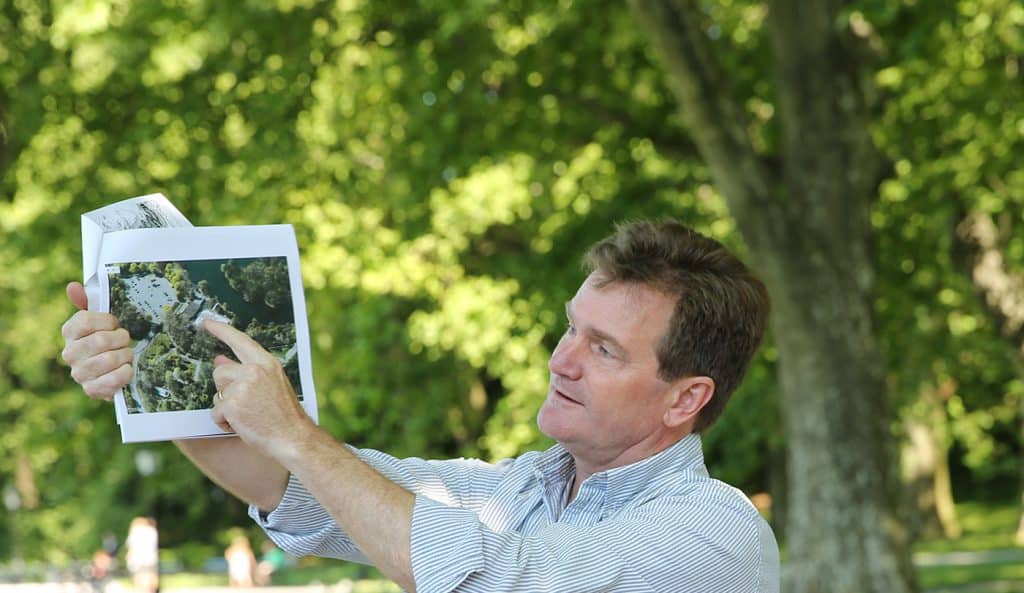 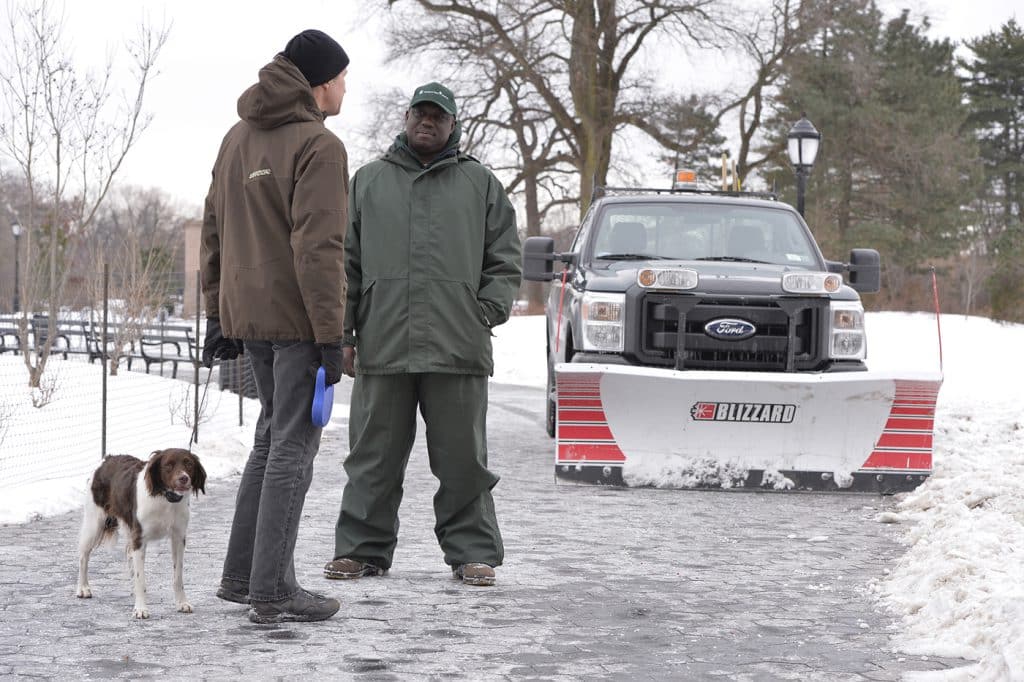 To call City Park Worker Joseph Oluwashola a hard worker would be an understatement. Oluwashola is part of the team of maintenance staff who work nearly round the clock in the summer months to pick up trash and litter at this peak time of year. While trash removal is primarily the responsibility of the City’s Parks Department, for a number of years the Prospect Park Alliance has funded supplemental summer crews to work side-by-side with Parks staff.

“These crews work every Saturday and Sunday night cleaning up after picnics, and large special events, such as the New York Philharmonic and the BRIC Celebrate Brooklyn! concerts, usually until 2 am and sometimes later,” said Josephine Pittari, Vice President and Chief of Operations at the Prospect Park Alliance. “It’s the most challenging shift. Our goal is to remove the garbage on a same-day basis.”

Since he started working in the Park in 2014, he has routinely impressed his peers, ensuring the Park is a clean and welcoming space for all. He sums up his outlook on his job in the Park: “When there’s work to be done, I work!”

This hard work has not gone unnoticed. He recently won the 2015 Light of the World Award from the Parks Department’s Ebony Society, which recognizes Parks employees who have made outstanding contributions to the agency and their community. But Joseph is not one to brag. “I was told to attend the ceremony, along with the other nominees, and when my name was called, I was so happy,” he recalls. “I know I work very hard, but it was nice to be recognized for it.”

Since immigrating to New York from Nigeria in 1981, Joesph has fallen in love with Brooklyn, and more recently, with Prospect Park. For him, his job has very real-world implications, as he knows millions of others also cherish Prospect Park. And in his opinion, the partnership between the Prospect Park Alliance and the City is crucial to keeping the Park clean and beautiful.