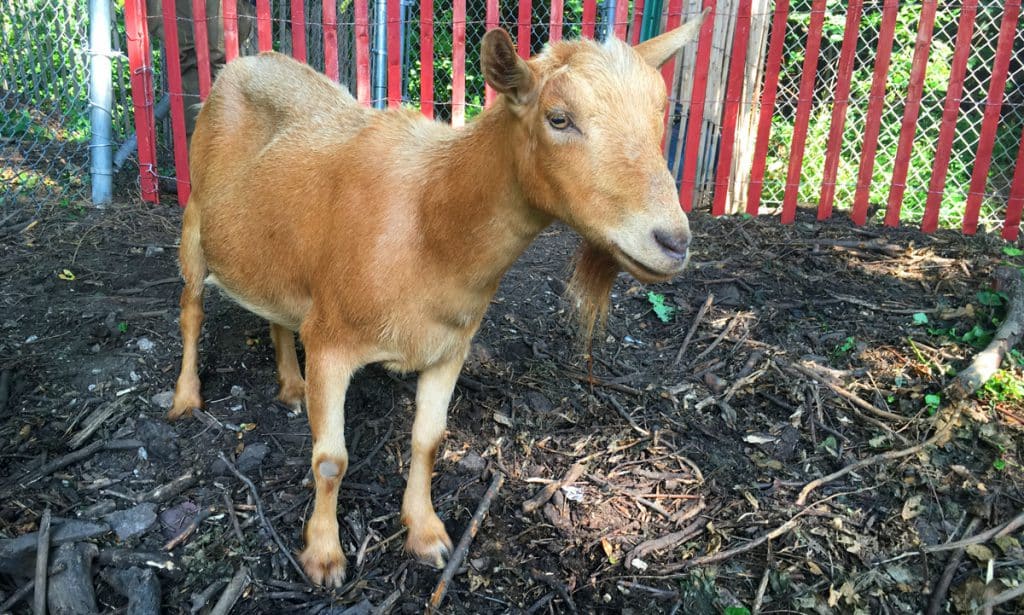 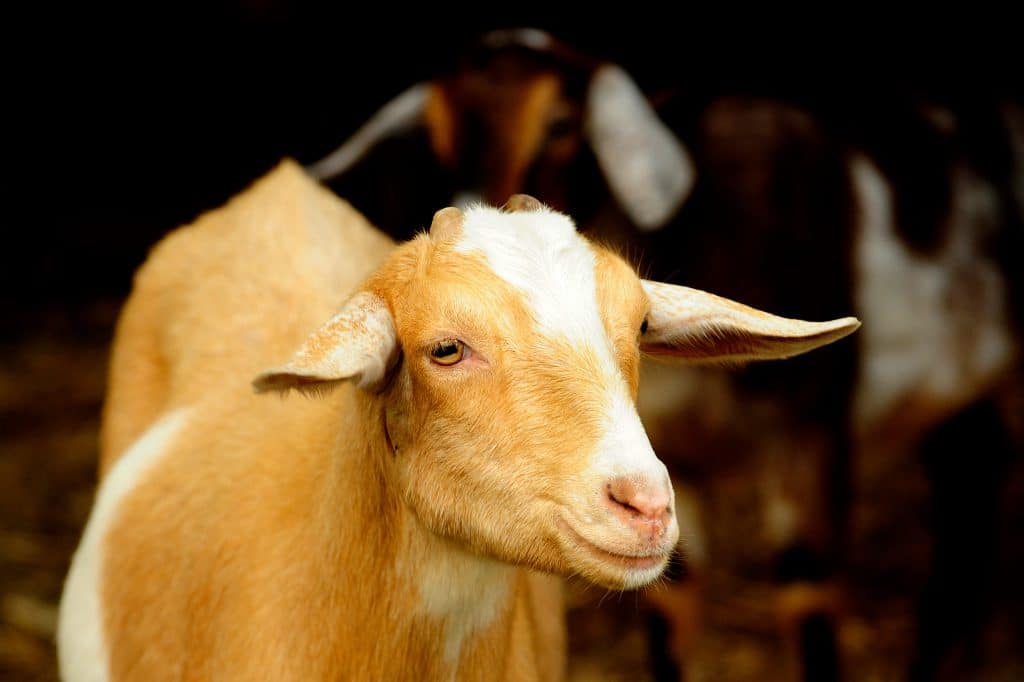 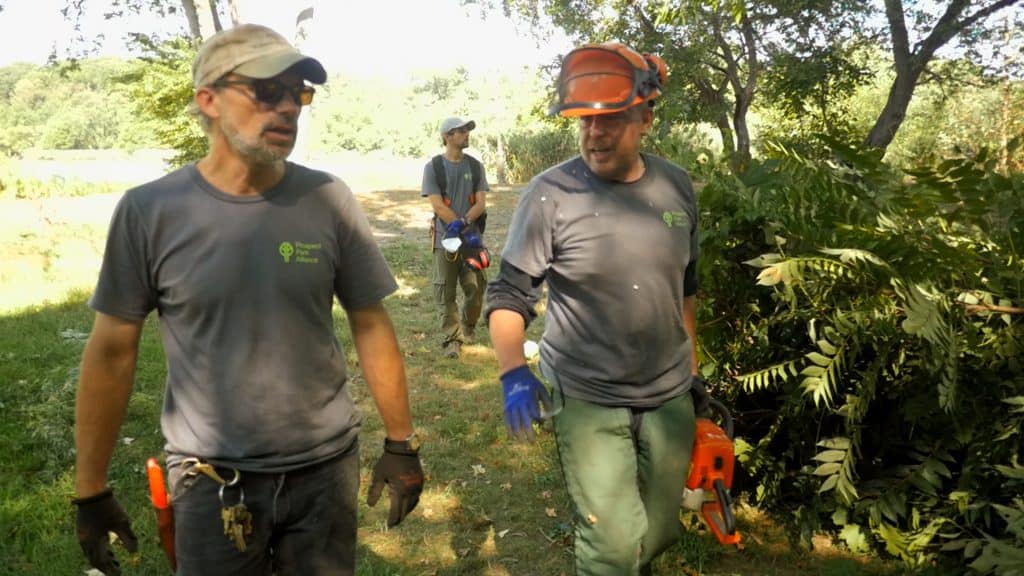 Return of the Goats

This week, the Prospect Park Alliance welcomed back the herd of goats that are helping to restore woodlands in the Park’s northeast corner. The goats, which first came this past May, did such a great job chomping and chewing their way through the large number of weeds that had overtaken the area, that the Alliance sent them home to their farm in Rhinebeck, New York, until there was more for them to eat.

The first person to greet their arrival was Mary Keehbauch, the foreperson of the Alliance’s Natural Resources Crew, which oversees woodland restoration in the Park. “It is great to have the goats back to continue their important work,” said Mary. Sadly, the herd is returning a bit smaller, with Raptor and Skittles staying in Rhinebeck. “We will miss them, but their absence just reflects how productive the goats were in removing weeds during their first stay in the Park.”

What is it like to work with goats? According to Mary this earth-friendly approach has been a learning experience. “Each day the crew (which is also performing restoration work), first checks the goats, bringing them fresh water and herding them to the area that needs the most grazing. We secure them in the area having learned the hard way that the goats want to be where ever we happen to be working. They treat us as if we are an extension of their group. It’s sweet, really.” At the end of the day, the goats are returned to their overnight pen with fresh water and enough forage to last until the morning.

Mary’s history with the Alliance, and the Park, goes back further than the goats. She began working at the Alliance nearly 10 years ago, starting with an internship with the Natural Resources Crew. This blossomed into playing a central role supervising the planting of the new landscape at the LeFrak Center at Lakeside, as well as the White Levy Esplanade and Baier Music Island, which serve as wildlife habitat.

After a brief hiatus from the Park to serve as the horticultural supervisor at Brooklyn Bridge Park, Mary returned this year to lead the charge with the Park’s goats. Mary not only ensures that the goats are well cared for and the invasive plants removed, but also oversees the planting of native plant species to the area, which will create important habitat for wildlife, including the Park’s nearly 250 species of birds.

It’s a major challenge, but between Mary, her crew and the goats, removal of invasive species and the full reintroduction of native plants is an attainable goal. And Mary, who considers herself more of a conservationist than a horticulturalist, gets to live her dream. “I figured out a way to live in New York City but still play in the woods all day.”