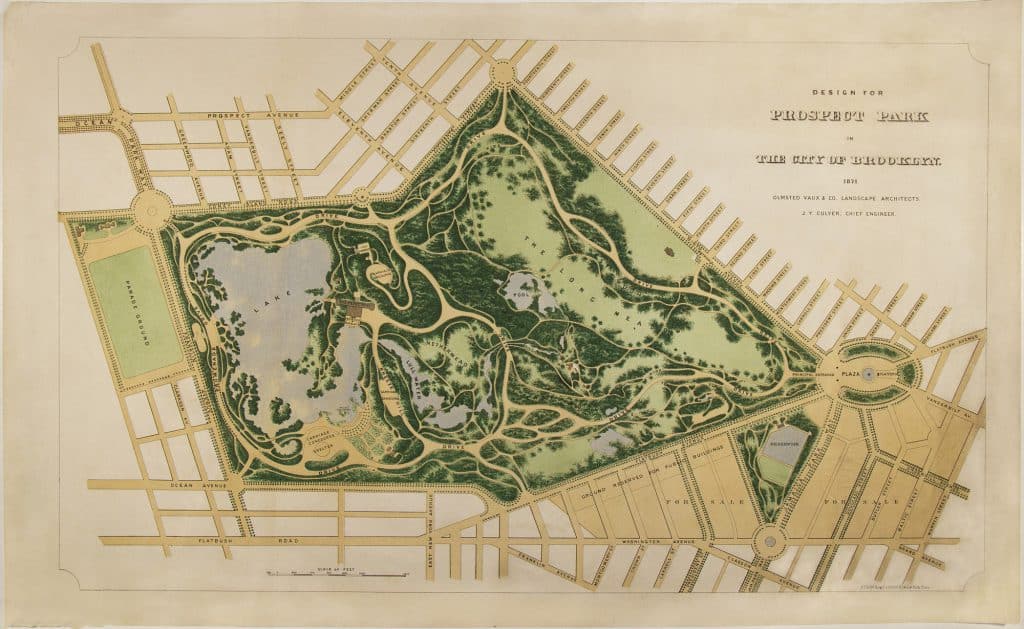 Related Programming: Urban Health, Urban Parks: The Salve of the… 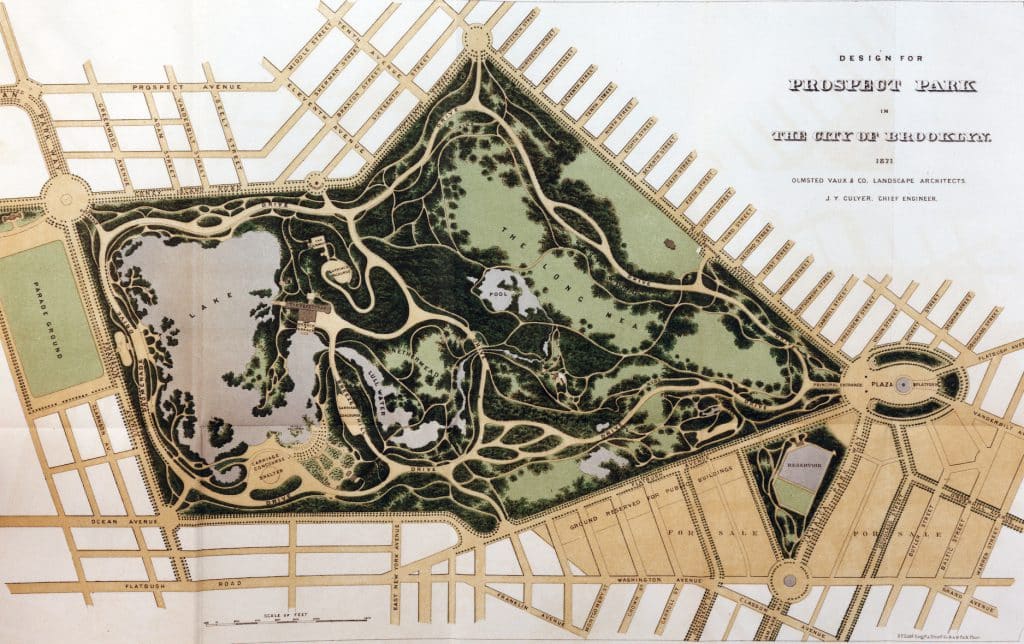 The Battle of Brooklyn in Prospect Park

Long before designers Olmsted and Vaux reshaped the topography to create Prospect Park, the hills of Brooklyn served as the stage of the largest battle of the Revolutionary War in terms of total combatants: the August 27, 1776, Battle of Brooklyn. The chain of lowland hills that run through Brooklyn overlook long, open flatlands. In the 1770s, the area was covered with thick forest and brush. There were only four passes that cut through the rocky ridge, including Flatbush Pass in what is now Prospect Park.

Six weeks prior to this historic engagement, the Continental Army had captured Boston at the Battle of Bunker Hill. The Colonists knew that the British would respond by securing the most strategic military outpost, the port city of New York. General George Washington had already started moving troops to Brooklyn in early May, and General John Sullivan was charged to hold the ridgeline that extends from today’s Green-Wood Cemetery, through Prospect Park to Mount Prospect Park. Flatbush Pass, which runs between a cluster of rugged hills where today joggers strain up the park’s East Drive, was marked with a large white tree called the Dongan Oak, which was chopped down to impede the British advance.

On August 27, the Hessians (German mercenaries hired by the British) pushed up Flatbush Pass to meet the American blockade. The invading forces were instructed to wait to attack the Colonists until the British gave the signal. General Sullivan expected the British to travel from the Gowanus Pass, and was unaware that the British troops had found their way to Jamaica Pass, thanks to local Loyalists. At approximately 9 am, the British General James Grant fired a cannon to signal the Hessians to commence their attack. With the Hessians at the front and the British forces coming from the rear–over grounds now known as the Vale of Cashmere and Nellie’s Lawn–the American soldiers were completely caught by surprise, and fled in panic across today’s Long Meadow.

General Sullivan was unable to organize a retreat before the Hessians overtook the forward guard, and the fighting devolved into hand-to-hand combat. Some Americans escaped through the swampy landscape, some were captured and sent to British prison ships in Wallabout Bay, and others were battlefield casualties. Ninety years later, when the park was being built, remains of those soldiers were uncovered, as were American fortifications and gun pits.

The Battle of Brooklyn was the first conflict in the American Revolution after the July 4 signing of the Declaration of Independence, and these hills remained hallowed ground for the people of Brooklyn for many generations. The memory of Battle Pass was part of the reason the site was chosen for Prospect Park in the 1850s, and markers were added in the park to commemorate that fateful day in American history. Visitors can find three bronze plaques along the East Drive which describe the events and mark the line of defense as well as the location of the Dongan Oak. At the base of Lookout Hill, the Maryland Monument commemorates the heroic stand of Major Mordecai Gist’s Maryland Regiment, which numbered just four hundred men but managed to hold off two thousand Hessian and Scottish invaders around a Dutch farmhouse, now known to Brooklynites as the Old Stone House. Only ten men survived, and the monument is inscribed with General Washington’s exclamation, “Good God! What brave fellows I must this day lose.”