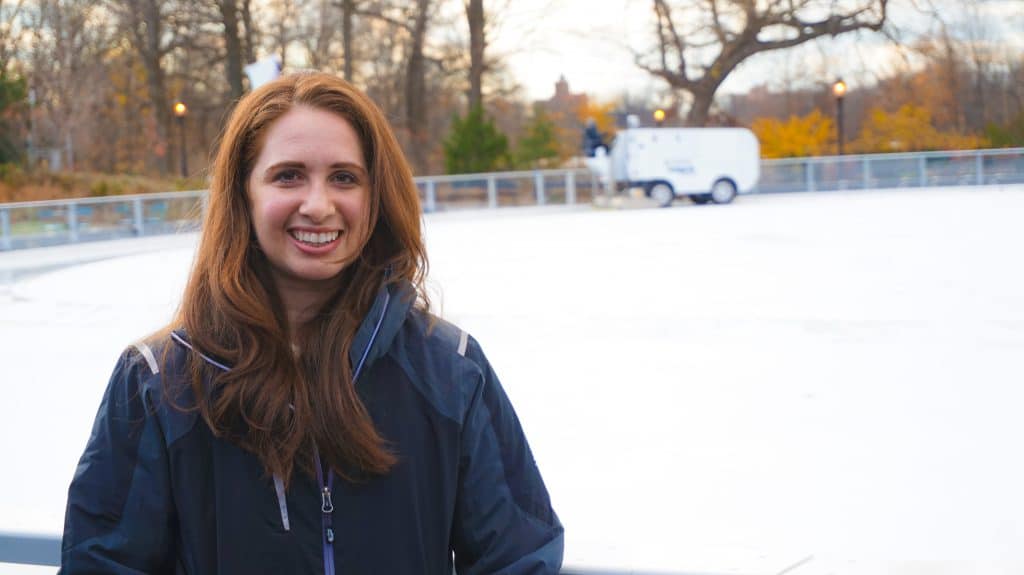 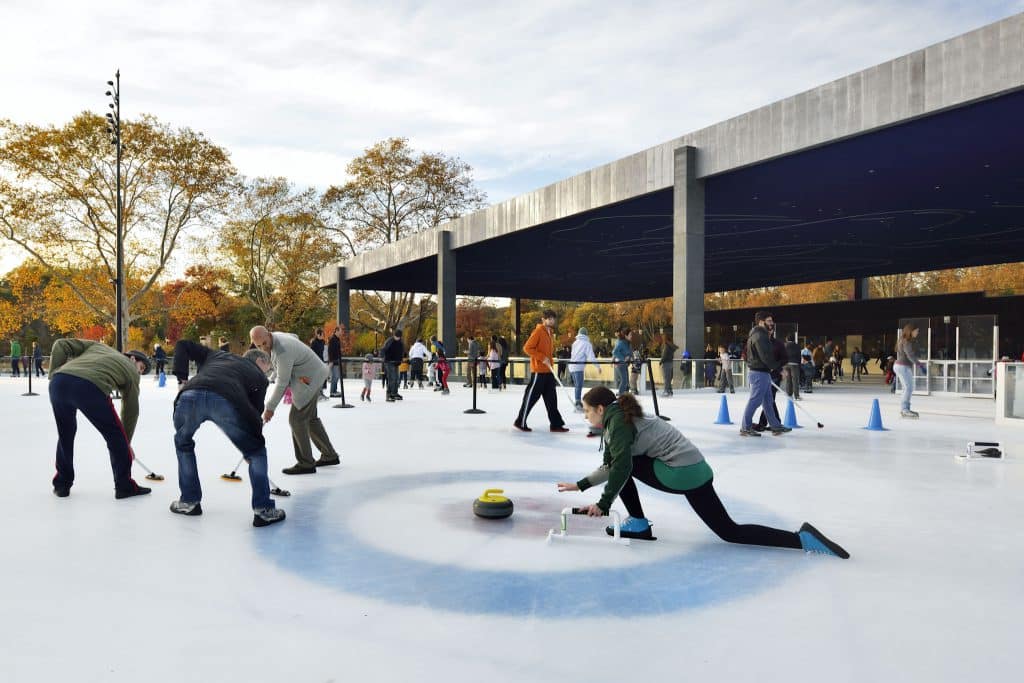 The ice is now open at the LeFrak Center at Lakeside, and winter sport enthusiasts of all ages have already converged to curl, skate and play hockey on its 32,000 square feet of skating rinks.

But what about those without a background on the ice? This year, the LeFrak Center at Lakeside introduces an exciting, skate-free alternative: broomball.

Played on ice but in sneakers, this popular Midwestern sport is essentially hockey without skates. Instead of a puck, competitors aim to shoot a ball into the opposition’s goal. And as the name suggests, brooms replace hockey sticks.

“It’s a great option for those who don’t know how to skate to participate in hockey,” says Shanley Pascal, recreation manager at the LeFrak Center at Lakeside.

Teams are comprised of 10+ players, but only six are on the ice at a time: a goalie, two forwards, a center and two defenders. Game play is fun and fast paced. Expect lots of goals during a match’s two 15- or 30-minute halves.

Broomball is ideal for those caught up in the excitement of professional hockey’s return to Brooklyn with the New York Islanders. Following matches, get to know your teammates over post-broomball beers. (The league is 21 and over.) Grab some friends or register as a free agent and join the broomball league at the LeFrak Center at Lakeside today.