The Battle of Brooklyn in Prospect Park 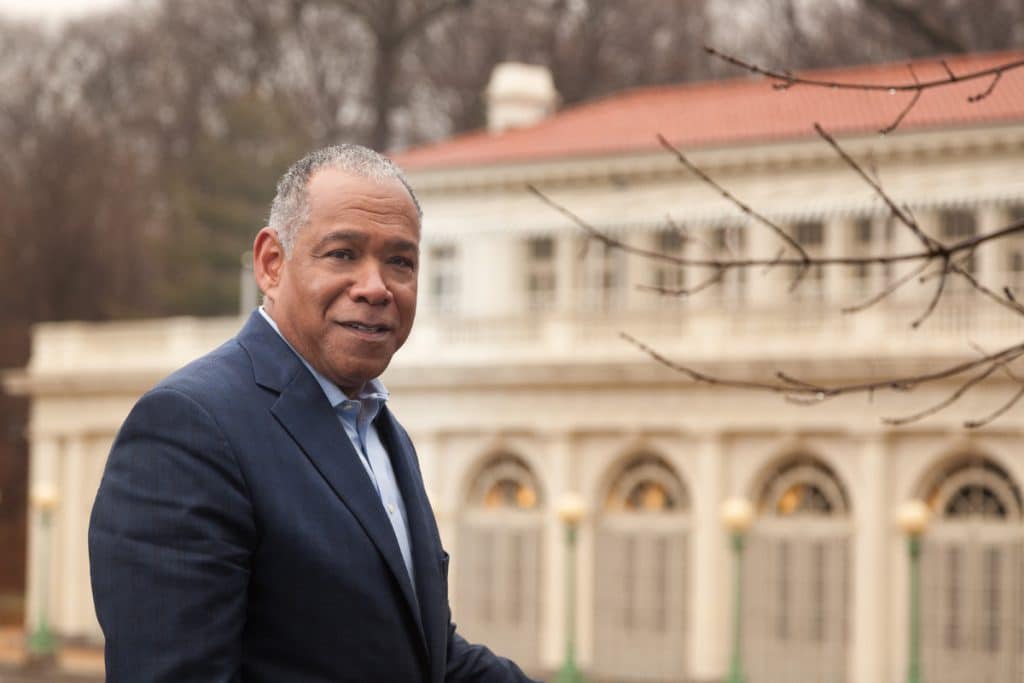 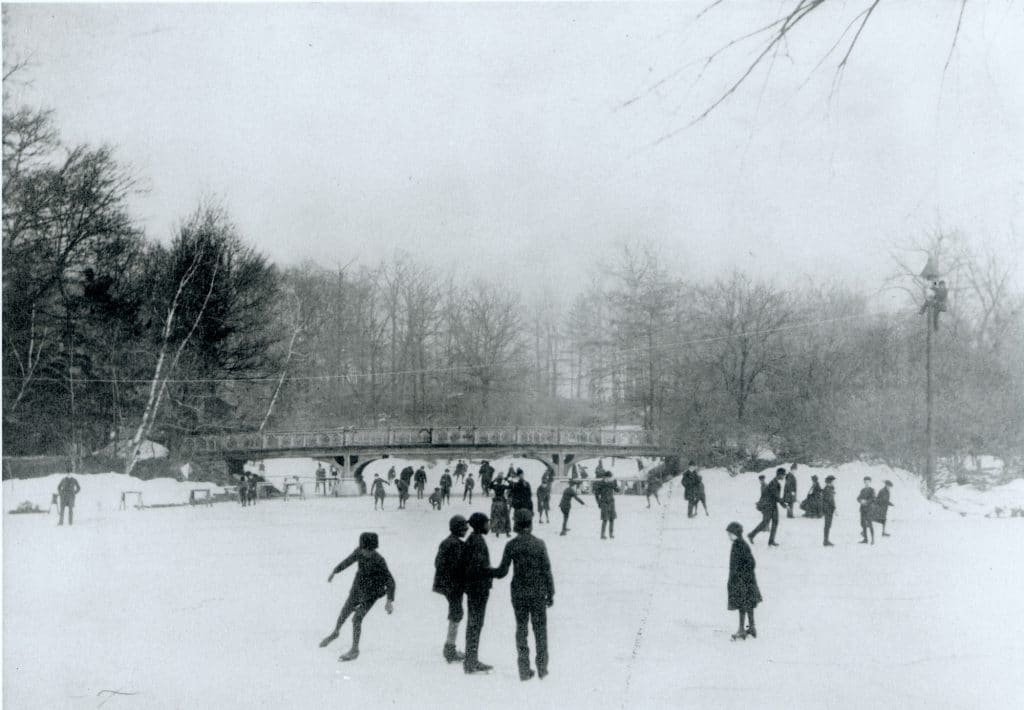 Robert Fulton’s steam ferry transformed Brooklyn into the world’s first commuter suburb in 1814, forever changing the docile farming existence of early towns and foreshadowing the need for an urban respite. In 1834, the City of Brooklyn was chartered, and during the next 30 years it became the third most populous city in the country, following only New York and Philadelphia. Successive waves of European immigrants settled in the growing city, and sprawling farms gave way to row homes, ferry lines quadrupled, and street grids emerged, devouring more and more of the rural landscape. At the same time, new concepts concerning the potential role of public parks in America were gaining popularity.

Beginning in 1858, the design team of Frederick Law Olmsted and Calvert Vaux had transformed more than 800 acres of jagged rock into Central Park across the East River in Manhattan. It was the first landscaped public park in the United States and introduced the term landscape architecture into the English language.

Soon, a movement grew in Brooklyn for a park of its own. Leading the effort was James S.T. Stranahan, a business and civic leader with considerable real estate interests in Brooklyn. In the early 1860’s Stranahan argued that a park in Brooklyn “would become a favorite resort for all classes of our community, enabling thousands to enjoy pure air, with healthful exercise, at all seasons of the year…” He believed that Brooklyn could become a great metropolis, and envisioned a Park not only as a public nicety, but also as a way to lure wealthy residents to the town. Stranahan would later serve as the first president of the Prospect Park Commission, and would oversee the Park project from inception to completion.

In 1861, civil engineer Egbert L. Viele proposed a layout for the new Park. Though Stranahan was impressed with Viele’s design, his own vision differed. In 1865, Calvert Vaux sketched Prospect Park’s present layout at Stranahan’s request. After Central Park, Vaux was ready for a new project, and his report persuaded Brooklyn commissioners to authorize the full purchase of the land for Prospect Park. Vaux convinced his partner Olmsted to join the effort, and together in 1866 they submitted a comprehensive plan for the development of Prospect Park.

Frederick Law Olmsted, who grew up on a farm in rural Connecticut during the 1820’s and ‘30s, had very strong beliefs about the function of public parks in people’s lives. To Olmsted, a great park should be a tranquil, rural landscape where people could recuperate from the incessant pace of city life. Prospect Park then, would provide a peaceful escape where weary Brooklynites might revitalize the mind, body and soul. Olmsted believed that these pleasures belonged to people of every social class, not just the wealthy who could afford to travel outside the city. Prospect Park would be for everyone, but especially Brooklyn’s poor who could find a bit of country—a place reminiscent of their homelands perhaps—right out their own backdoors.

Olmsted and Vaux designed an elaborate infrastructure for Prospect Park, and construction began on July 1, 1866, under their supervision. The principal features of the design included the Long Meadow, a heavily wooded area they called the Ravine and a 60-acre Lake. Olmsted and Vaux’s plan included rolling green meadows, meandering carriage drives with high elevation scenic lookouts, woodland waterfalls and springs, and a rich forest complete with maples, magnolia and cherry trees, among others. Original Park structures included rustic shelters and arbors, and sandstone bridges and arches. A Concert Grove House and Pavilion were built adjacent to the Lake so Park visitors could enjoy music in a pastoral setting, and there was a Wellhouse near Lookout Hill, and a Dairy complete with milking cows. The design team could not keep curious and delighted visitors away, and welcomed them inside for the first time on October 19, 1867, long before the Park was complete. In 1868, two million people came to enjoy what would come to be known as “Brooklyn’s Jewel.”

Today, just about 150 years later, the Prospect Park Alliance staff work to continue to advance the vision of Olmsted and Vaux. This is achieved through restoration of historic structures, the creation of innovative new amenities like the LeFrak Center at Lakeside, and in partnership with the City, the daily upkeep of the landscape. It is a year-round efforts that keep this space an essential resource for the millions of visitors every year.

Learn more about the Prospect Park Alliance, and how you can become a steward of this great Park.