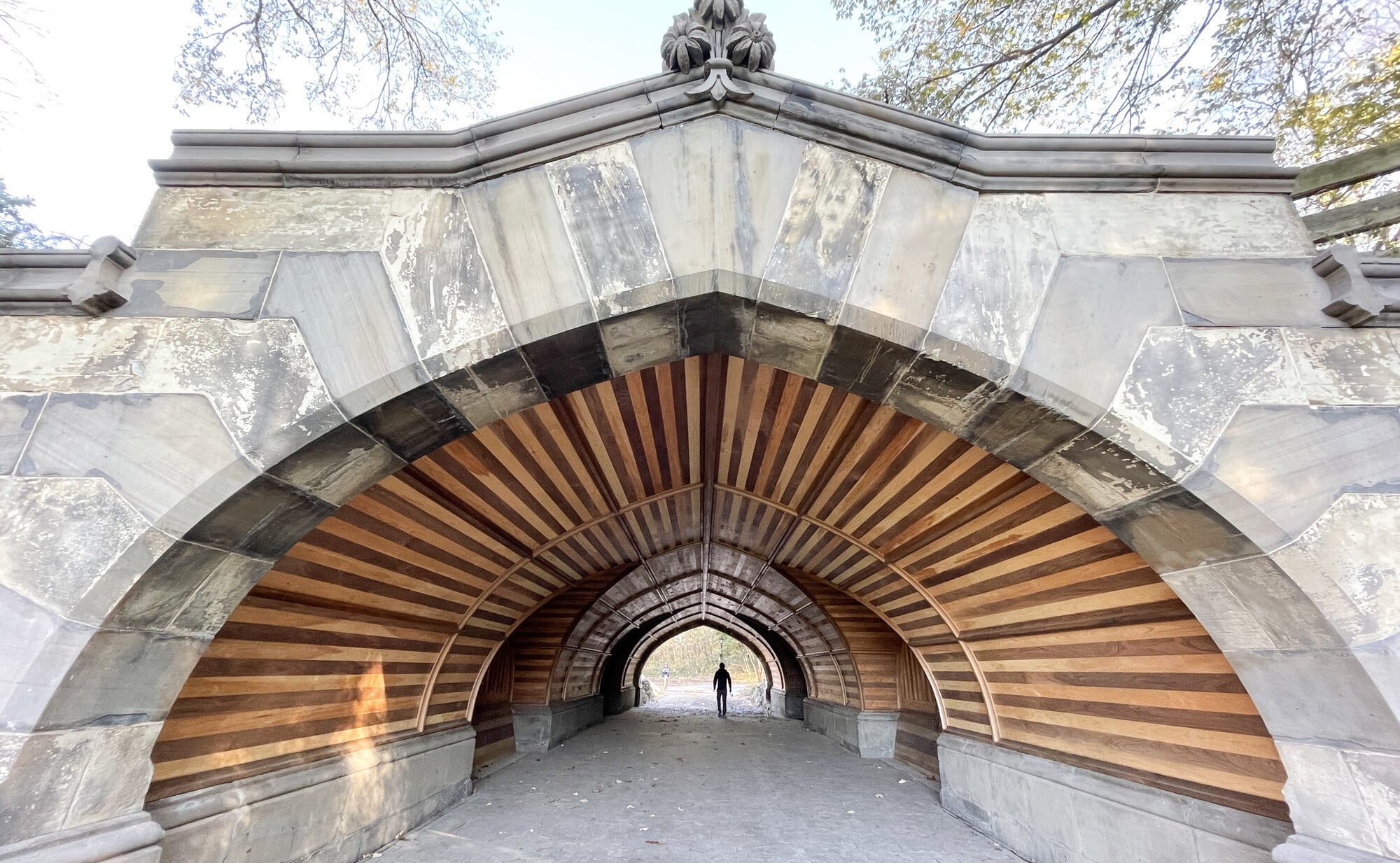 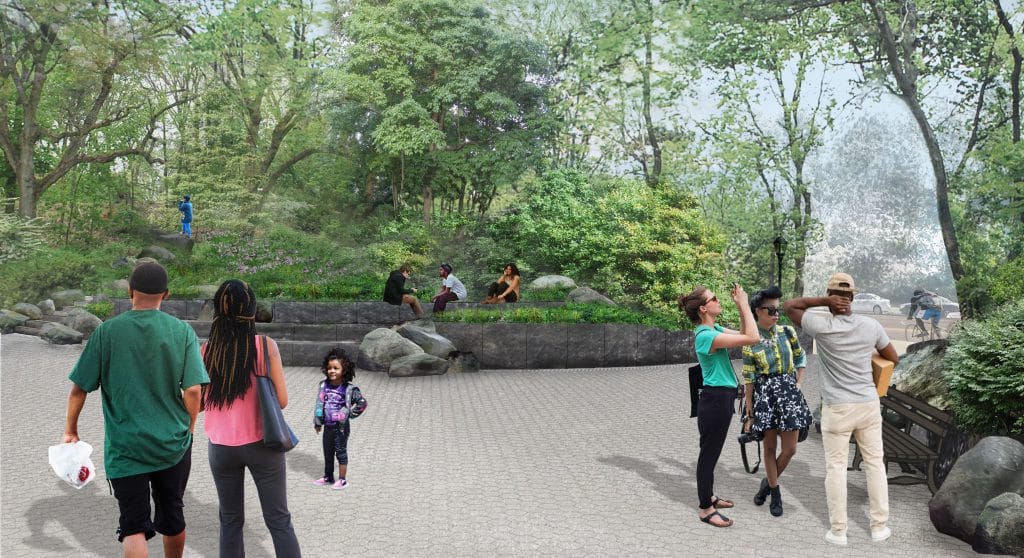 Get Directions to the new Flatbush Entrance.

“Guided by input from New Yorkers, Parks Without Borders makes access to our beautiful park space across the city easier for all,” said NYC Deputy Mayor for Housing and Economic Development Vicki Been. “Prospect Park’s new Flatbush Avenue entrance and the adjacent street improvements bring the benefits of green space to even more New Yorkers.”

“We are so excited to formally cut the ribbon on this transformative project I hold personally dear to me,” said NYC Parks Commissioner Mitchell J. Silver, FAICP. “The iconic Prospect Park is now even more inviting and accessible thanks to this investment from Mayor de Blasio and the efforts of our partners at Prospect Park Alliance. When I imagined how Parks Without Borders could improve and revitalize many of our beloved parks, I could not have pictured a more perfect example than Prospect Park. PWB has opened up new possibilities and new pathways for New Yorkers to enjoy our green spaces for generations to come.”

“Prospect Park Alliance is committed to making Prospect Park open and accessible to all communities it borders, and we are grateful to be able to open pedestrian access while work concludes on the site,” said Prospect Park Alliance President Sue Donoghue. “I want to thank Mayor Bill de Blasio and NYC Parks Commissioner Silver for their innovative Parks Without Borders initiative, and the many community members who came out in support of this project. These new entrances will serve as an important gateway to the park for our east side communities, and to the park’s northeast corner, a focal point of our future restoration efforts.”

Prospect Park was nominated for Parks Without Borders with overwhelming support from the surrounding communities. The $3.2 million project includes a major entrance in the northeast section of the park near the former Rose Garden, the site of future restoration by Prospect Park Alliance, and a secondary entrance located just north of the Prospect Park Zoo. Both entrances feature new lighting, seating and new landscaping. The major entrance aligns with a future DOT traffic signal and pedestrian crosswalk, intersecting a berm retained by a three-foot-high granite wall, and opens opens onto a small public plaza.

The creation of these entrances is part of a comprehensive restoration of the Flatbush Avenue perimeter of Prospect Park. A second project, funded with $2.4 million from Brooklyn Borough President Eric L. Adams and Council Majority Leader Laurie Cumbo, and led by Prospect Park Alliance, restored the Flatbush Avenue perimeter from Grand Army Plaza to the Prospect Park Zoo to its original grandeur with new landscaping, an expanded promenade, and new furnishings. Through $2 million in funding by New York City Mayor Bill de Blasio, Prospect Park Alliance also is restoring 1,200 linear feet of paths in this area of the park, with new paving, park benches and lighting, and much-needed tree care. In addition, Prospect Park Alliance is in the early design phases of creating a covered horseback riding ring for this area of the park, just north of the Zoo, for public and therapeutic riding. This $4.1 million project is funded through the support of the New York City Council, Brooklyn Borough President Eric L. Adams and New York Council Member Brad Lander. 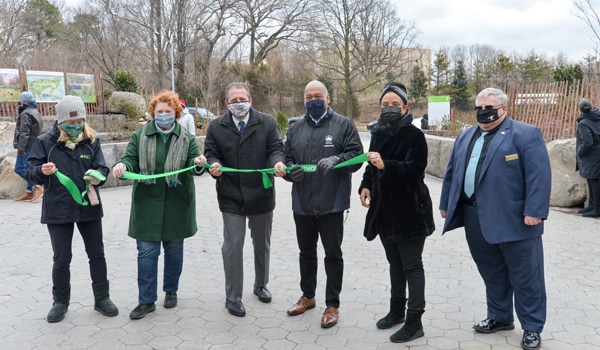 “Although planned pre-pandemic, the unveiling of our new and improved Prospect Park could not be more timely. COVID-19 has provided further support for the notion that our parks are a fundamental part of the Brooklyn experience! I am so proud to stand alongside Mayor de Blasio, Borough President Adams, and my fellow elected officials to not only make Prospect Park more accessible but to invest in its beautification for all to enjoy ahead of Summer 2021,” said Council Majority Leader Laurie Cumbo.

“Prospect Park has been a wonderful reprieve for myself and many others during this pandemic period,” said City Council Member Brad Lander. “The new Flatbush Avenue entrances and the perimeter restoration will offer greater access to the Park as well as continued enjoyment for all users! I am thrilled to be apart of this ribbon cutting and am looking forward to watching my constituents as well as all the residents of Brooklyn enjoy these new features!”