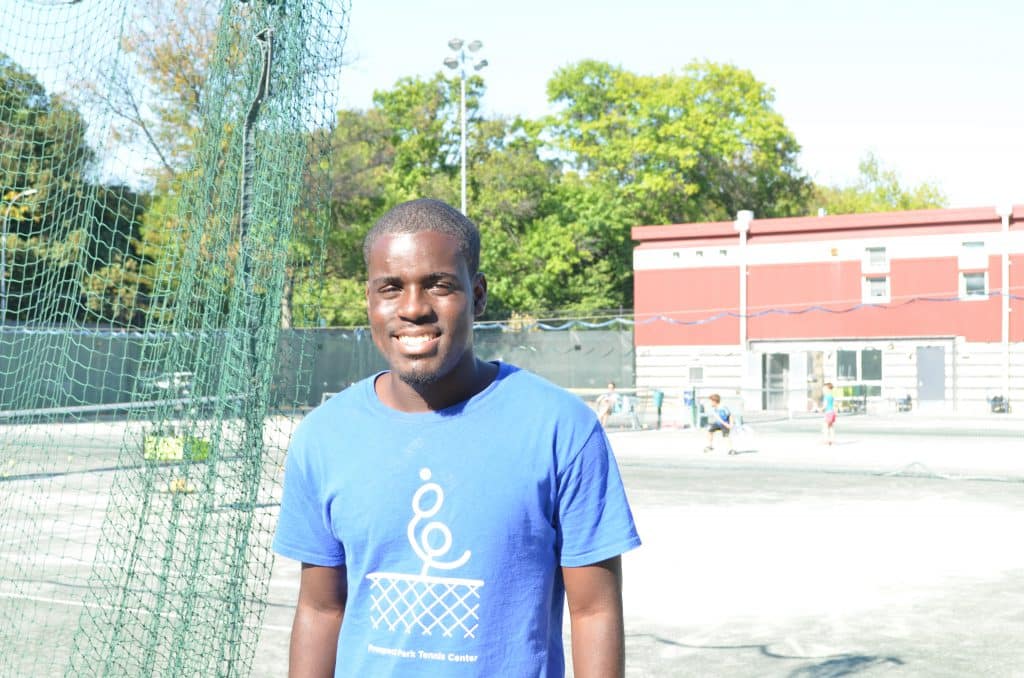 If you’ve come to the Prospect Park Tennis Center in…

Paul Curtin is Head Pro and Junior Development Director at…

Regulars to the Prospect Park Tennis Center usually know Chevoun Anthony. They might not know that she moved to Flatlands, Brooklyn from Guyana in 1986. Nine years ago she began working at the Prospect Park Tennis Center, where she greeted guests and booked courts at the front desk. Her warm smile and attention to detail quickly earned her a position assisting with bookkeeping and customer service, and eventually to her current role as Front Desk Supervisor.

Though she lives in Flatlands with her husband and three kids, they still make time to visit Prospect Park for barbequing, ice skating and the occasional walk-a-thon. On Sundays, Chevoun likes to listen to the musicians at Drummers Grove, or picnic near the rustic arbors on the lake. Her family’s biggest champion of Prospect Park is her youngest son, who is an enthusiastic player in the Tennis Center’s Junior Development program.

Chevoun’s favorite part of working at the Tennis Center is the constant guest interactions. “I love meeting new people, seeing familiar faces and watching the kids play tennis,” she said, “I didn’t expect to stay at the Park for nine years, but it is such a great atmosphere with good people. Coming to work is a joy.”