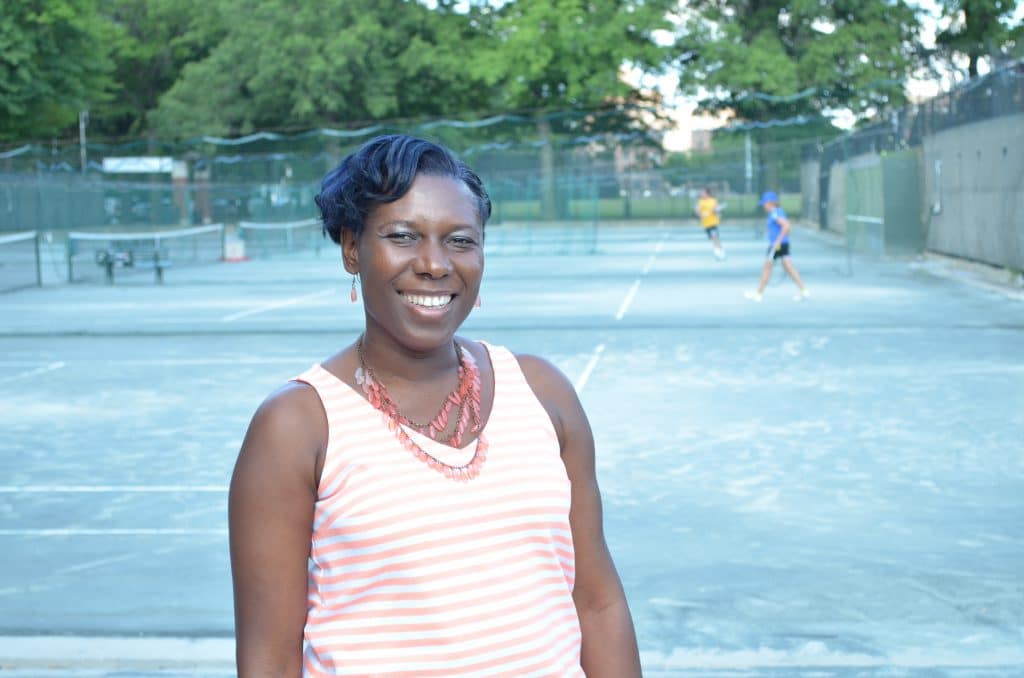 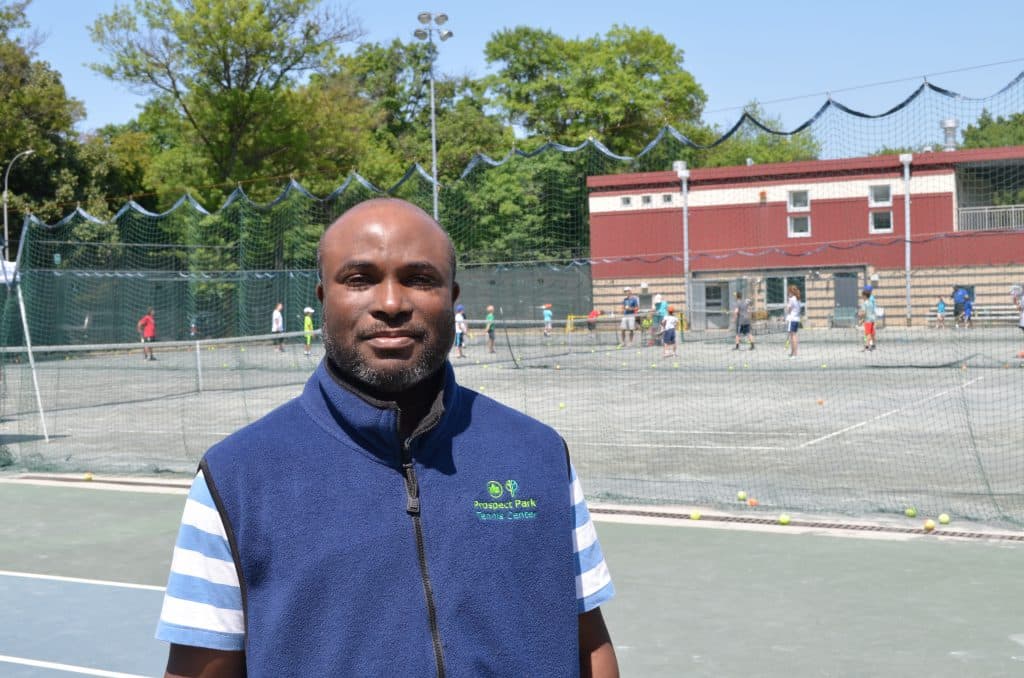 Kingsley Selly, a Senior Maintainer with the Prospect Park Tennis…

Paul Curtin is Head Pro and Junior Development Director at…

If you’ve come to the Prospect Park Tennis Center in the last five years then you’ve probably already met Brian Nortey. A Brooklyn native, he has a large extended family from Ghana, West Africa. He grew up in Flatbush, playing basketball at the Parade Ground as a kid. Like many Brooklynites, he has fond memories of Prospect Park.

He began playing tennis in one of the Alliance’s youth clinics where he found his passion for the sport. Brian soon began working part-time at the front desk, scheduling court time and handling guest inquiries. After learning the ropes of the front desk, he wanted to learn how the Tennis Center operated more broadly and began assisting the Junior Development Program.

“I think my favorite thing about the job is working with the kids,” he said, “It reminds me of when I first started playing. I want to foster that love of the game in them, too.”

In addition to his role as the Assistant Coordinator for the Junior Development Program and Senior Front Desk Staff, he also helps run the Prospect Park Tennis Tournament, monitoring the leader board and working with the players. The annual tournament brings some of the best players in the borough together for several weeks of intense competition.

When he’s not practicing his swing at the Center, or helping others improve theirs, Brian runs his photography and cinematography business. Over the last three years he’s used his visual talents to cover events and make music videos, among other things. “I love photography,” he said modestly, “but I still have a lot to learn.”

Stop by the Tennis Center in coming week to check out the final days of the tournament and meet Brian.