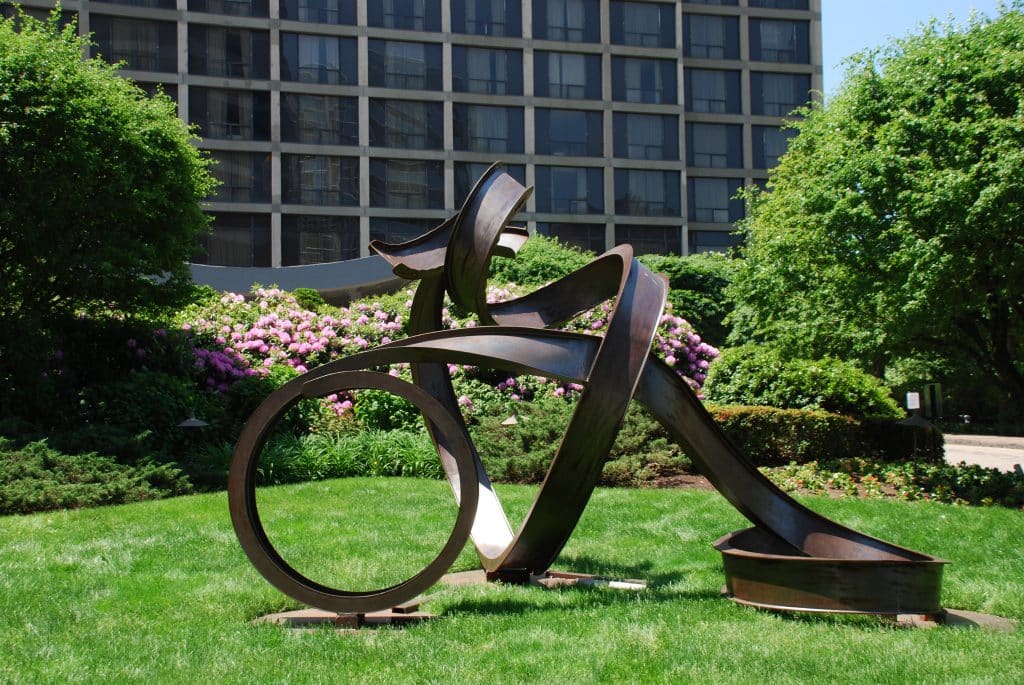 Art in the Park: Carole Eisner

In partnership with NYC Parks’ Art in the Parks project,…

Carole Eisner, the award-winning artist behind this year’s popular Art in the Parks exhibition, has shown her sculptures all over the world. Her monumental works—created from I-beams twisted into lyrical forms—have graced public spaces from Albany to Asia, and this spring landed in Brooklyn.

Four of Eisner’s sculptures are placed around the Park and can be found at Grand Army Plaza, Litchfield Villa, Bartel-Pritchard Square and the Peninsula. Ranging from six to 17 feet tall, the sculptures are intended to evoke line drawings, and are simultaneously playfully light and solidly industrial. In Eisner’s mind, the works do not represent nature, but are intended to complement it.

Growing up near Joyce Killmer Park in the Bronx, Eisner was always drawn to art. She received a Mademoiselle Award for Fashion Design in 1961, and worked as a fashion designer before establishing a painting career. Throughout her life, Eisner has continued to explore new mediums and fabrication methods. She became interested in the possibilities of I-beams while working with a steel manufacturer in Connecticut, and has spent the last decade constructing sculptures like those found around the Park.

Upon being invited to display her work in Prospect Park, Eisner chose locations for each sculpture in conjunction with NYC Parks and the Prospect Park Alliance. Each piece reflects its location, and highlights the flow and beauty of the natural landscape.

These popular works will be on display until May 2017, and park visitors have already taken a shine to them. To Eisner, this is just how it should be. The works are meant to be in nature, and she believes they are enlivened by the people around them.