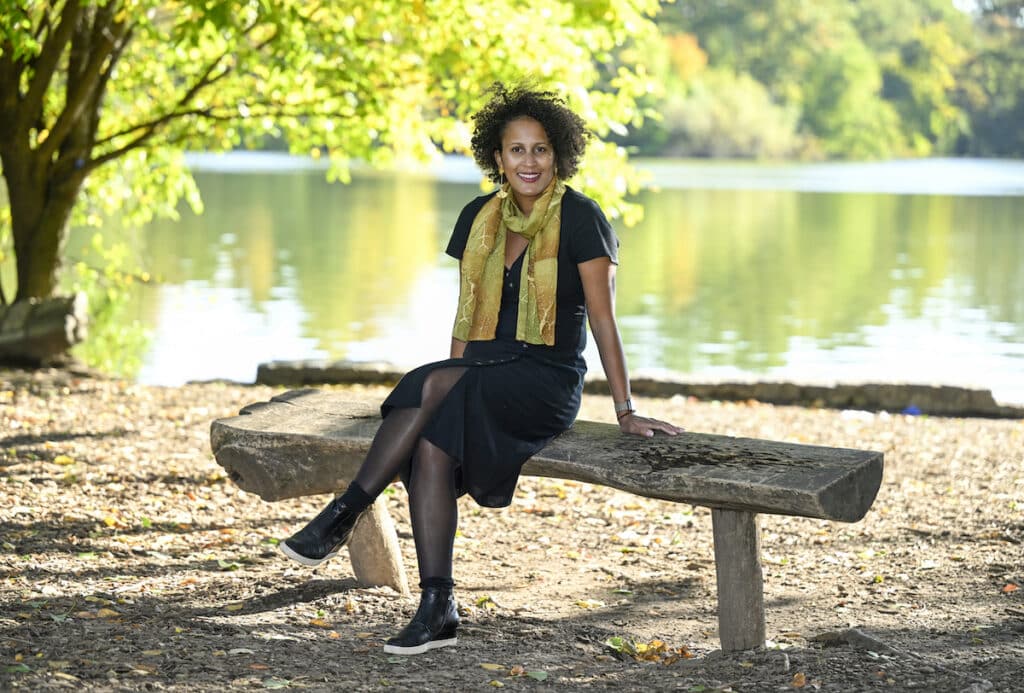 On February 4, Mayor Eric Adams announced that Prospect Park Alliance President Sue Donoghue will be the next New York City Parks Commissioner, carrying out his administration’s vision for a more equitable parks system where all New Yorkers can enjoy the physical, mental and emotional benefits that open space provides.

Sue begins in her new role on February 28, and the Prospect Park Alliance Board of Directors will soon begin a search for the organization’s next president. James Snow, Alliance Chief Operating and Financial Officer, will serve as interim President during this process.

In  her role, she will oversee more than 30,000 acres of land under the agency’s purview, including parks, playgrounds, recreational facilities, and beaches. A staunch advocate for parks equity, Donoghue will ensure that the agency’s mission of preserving and expanding well-maintained parkland is aligned with the mayor’s goal of reducing long-standing disparities in access to greenspace.

Read a message from Sue Donoghue to the Prospect Park Alliance community about this historic news.

The Mayor also announced Iris Rodriguez-Rosa as the first deputy commissioner. A veteran of NYC Parks who currently serves as the Bronx borough commissioner, Rodriguez-Rosa has been a steadfast champion for better parks in underserved areas.

“Parks are more than places for recreation and enjoyment — they are powerful tools for equity,” said Mayor Adams. “For too long, many communities throughout our city have been denied easy access to these vital spaces. Under the leadership of Sue Donoghue and Iris Rodriguez-Rosa, we will work to ensure that every New Yorker can enjoy the myriad benefits green spaces can provide.”

“Our parks and open spaces are critical to the quality of life of all New York City residents. They improve the air we breathe, enhance our physical and mental health, and strengthen our communities. I am extremely honored and humbled to take on this role as NYC parks commissioner and work alongside the dedicated and essential workers who care for our 30,000 acres of parkland. Mayor Adams and his administration understand the importance of safe and equitable access to parks for all New Yorkers, and I’m committed to joining the team and ensuring that parks and open spaces across New York City are accessible and welcoming for all,” said incoming Commissioner Susan Donoghue.

“Prospect Park Alliance is delighted that Mayor Adams has selected Sue Donoghue as our next Parks Commissioner. In her tenure in Prospect Park, Sue has transformed Brooklyn’s Backyard for the benefit of all the communities the park serves, and we thank her for her vision and leadership. In her new role, we know she will be a fighter for all New Yorkers in the preservation and improvement of the City’s parks and open spaces, which are essential to our daily lives,” said Prospect Park Alliance Board of Directors Chair Iris Weinshall.

“In a challenging time for our city, when New Yorkers relied more than ever on their parks as spaces for recreation, social life, and exercise, Sue Donoghue tapped into the love for Prospect Park and channeled volunteer energy to address staffing shortages and leaned into making the park more inclusive and accessible. I commend the Mayor on a great choice in Sue Donoghue as Parks Commissioner and Iris Rodriguez as Deputy Commissioner, both of whom will bring to our parks a strong emphasis on ensuring all New Yorkers can enjoy them for years to come,” said New York City Comptroller Brad Lander.

“I can’t think of a better person to lead our Parks Department,” said New York City Councilmember Shahana Hanif.“I’ve had the privilege to work with Sue over the years to secure much needed funding, including through Participatory Budgeting, for the Endale Arch, the Prospect Park Lake, freeze-resistant water fountains, and other critical upgrades. Sue has a stellar track record leading the Prospect Park Alliance and ensuring the park is an inviting space to all New Yorkers. I look forward to continuing to work with her to make our parks cleaner, greener, filled with free cultural programming, and walkable to everyone regardless of ability.”

“I am so thrilled to learn of Susan Donoghue’s appointment as Commissioner of the New York City Department of Parks and Recreation. Sue has been a staunch steward of Prospect Park for almost ten years, and understands the role parks play in fostering healthy, active, and engaged communities. I’m confident Susan will work tirelessly to preserve our existing parks, playgrounds, and open spaces while simultaneously expanding access to city-run programs and green spaces in our most marginalized communities,” said New York City Councilmember Crystal Hudson.

“The selections of Susan Donoghue as Parks Commissioner and Iris Rodriguez-Rosa as first deputy commissioner are absolutely stellar choices by Mayor Adams. Our parks are essential to our daily lives, and it’s of paramount importance that we have thoughtful, experienced leaders to steward them. NYC’s parks are in great hands with the selection of both of these women. Prospect Park is my family’s backyard, and I’m thrilled that Sue Donoghue, who knows first-hand just how crucial it is to Brooklynites and New Yorkers more broadly, will be in a position to make it better than it already is,” said New York City Councilmember Rita Joseph.

“When Sue Donoghue came to Prospect Park she hit the ground running and happily engaged park users, stakeholders and Community Committee members. It was always a pleasure to speak with her and she always listened to our concerns. I look forward to the rest of the city discovering how good she is at her job and witnessing her continued love of parks. Best of luck to the new Commissioner,” said Prospect Park Community Committee Chair Dany Cunningham.

“From her work on Census 2020 to centering Caribbean-American culture and heritage, Sue Donoghue has proven time and time again to be an ally in fostering democratic, inclusive and equitable spaces for Brooklynites and New Yorkers at large. We congratulate Sue on her appointment as NYC Parks Commissioner and applaud Mayor Adams for appointing a leader who can #GetStuffDone,” said I AM CARIBBEING Founder Shelley Worrell.