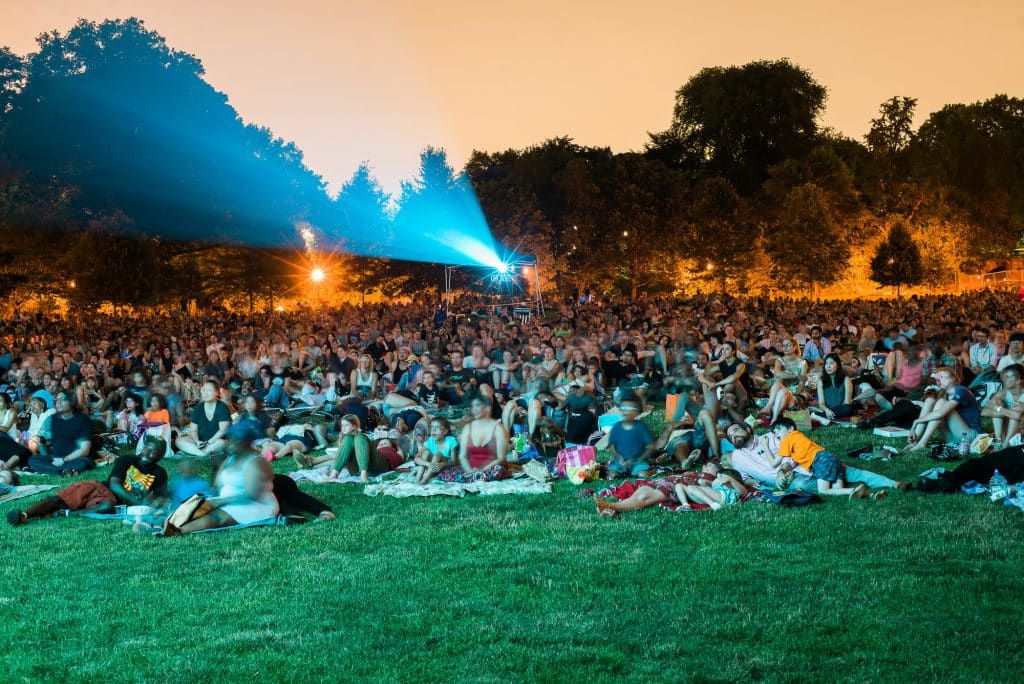 Summer Movies Under the Stars

Get your picnic blanket and basket ready, summer movies are…

Prospect Park 150: Catch A Summer Movie Under the Stars

RSVP today for one or more of these screenings!

“What better way to celebrate 150 years of memories in Brooklyn’s backyard than making a few more under the stars with family and friends? Our exciting run of summer movies, paired with an equally exciting lineup of live entertainment, is a can’t-miss ticket for fun — and best of all, that ticket is free! I’m looking forward to joining my friends from the Alliance and Nitehawk Cinema in welcoming Brooklynites and visitors to enjoy these screenings,” said Brooklyn Borough President Eric L. Adams.

“Our 150th celebration of Prospect Park is all about community, and what better way to gather with friends and neighbors than a free summer movie under the stars,” said Sue Donoghue, president of Prospect Park Alliance. “A big thanks to the Borough President, who has been a steadfast supporter of the Park, and also to Nitehawk Cinema for creating such a wonderful line up.”

“We’ve enjoyed offering free outdoor movies to the Brooklyn public nearly every year since our inception and it’s our pleasure to help celebrate Prospect Park’s 150th anniversary with family-friendly film programming spotlighting the park themes,” said Nitehawk Cinema founder Matthew Viragh. “The movies we’ve chosen are a mix of older classics we love and want to introduce to a younger generation, and newer films that are sure to please a wide range of ages. This will also give residents a taste of what’s to come at our next location Nitehawk Prospect Park.”

All live entertainment will start at 7 p.m. and films begin shortly after sundown at Long Meadow North, located nearest to the Grand Army Plaza entrance at Eastern Parkway. The closest subway station is the Eastern Parkway Brooklyn Museum stop on the 2, 3, and 4 lines. There are no rain dates in the event of inclement weather.

A Summer Movie Under the Stars is made possible with additional support from HBO and Investors Bank.