Back to Lefferts at Home

This activity comes to us from the educators at Prospect Park’s Lefferts Historic House. Check out the Lefferts at Home page for more.

Today we are going to guide you, step by step, through the process of making Scharen Knippen at home.

Step 1: Choose a Scharen Knippen template from above. If you’re on a computer, open your template in a new tab and save the image by right-clicking the template. In the drop down menu that appears, click “Save image As…” and follow the steps to save the template to your computer. If you’re on a phone or tablet, open the template of your choice and hold your finger down on the template until a button appears that says “Save Image.” Click that button. Now the template is saved to your device.

Step 2: If you have a printer, use it to print your template and proceed to Step 3. If not, pull up the template on the screen of your phone, tablet or computer and zoom in until you reach your desired size. Turn the brightness of your device all the way up and cover your screen with a piece of white or parchment paper. Tape the paper down and trace the pattern from the screen onto the paper. Tip: It may be easier to trace your screen in a dark room. If you are tracing on a touch screen, make the image your background or lock screen so it doesn’t move. 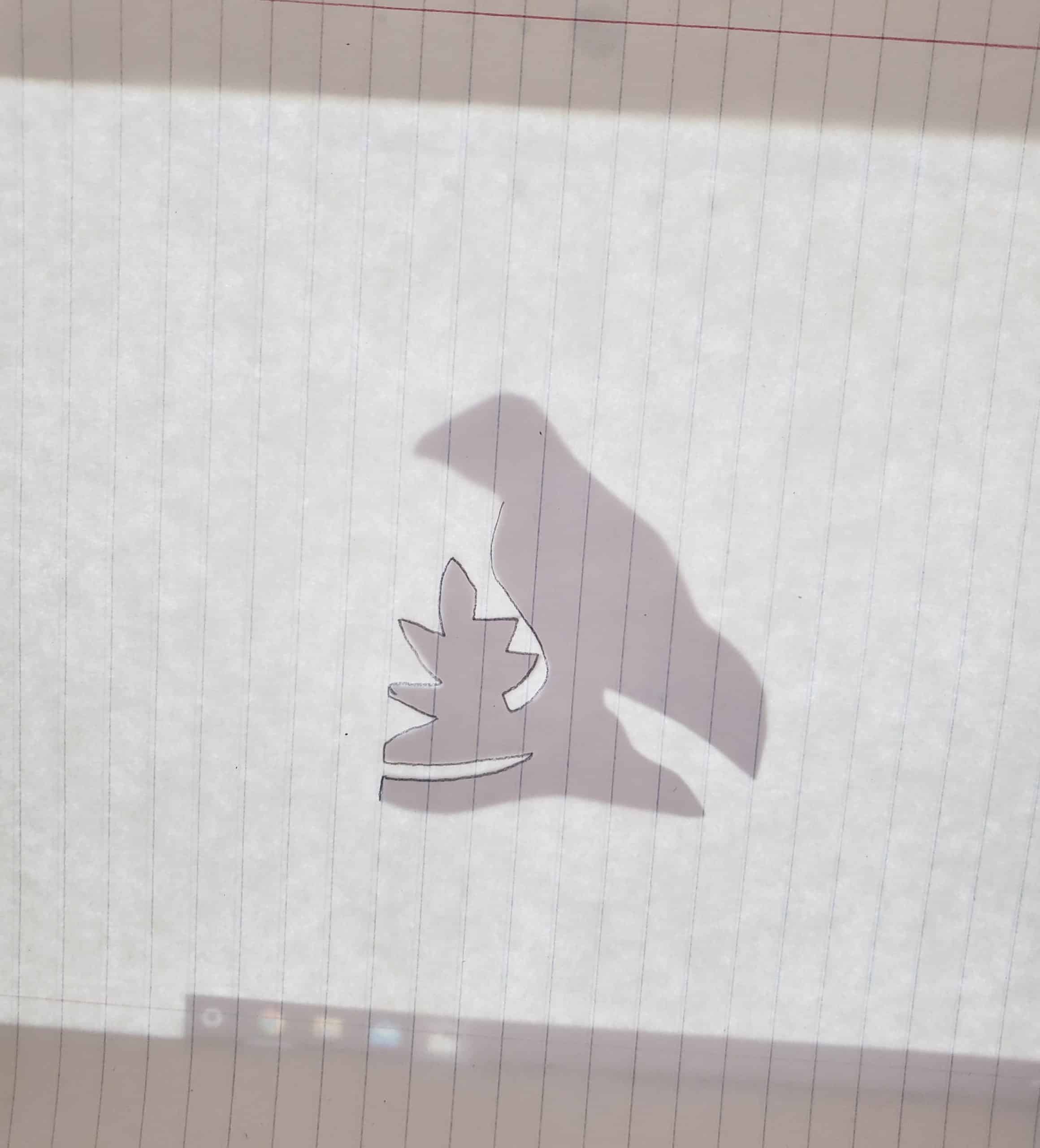 Step 3: Cut out your template with scissors. If you want to use your template multiple times, you can transfer it to more durable material, such as the cardboard of a cereal box. 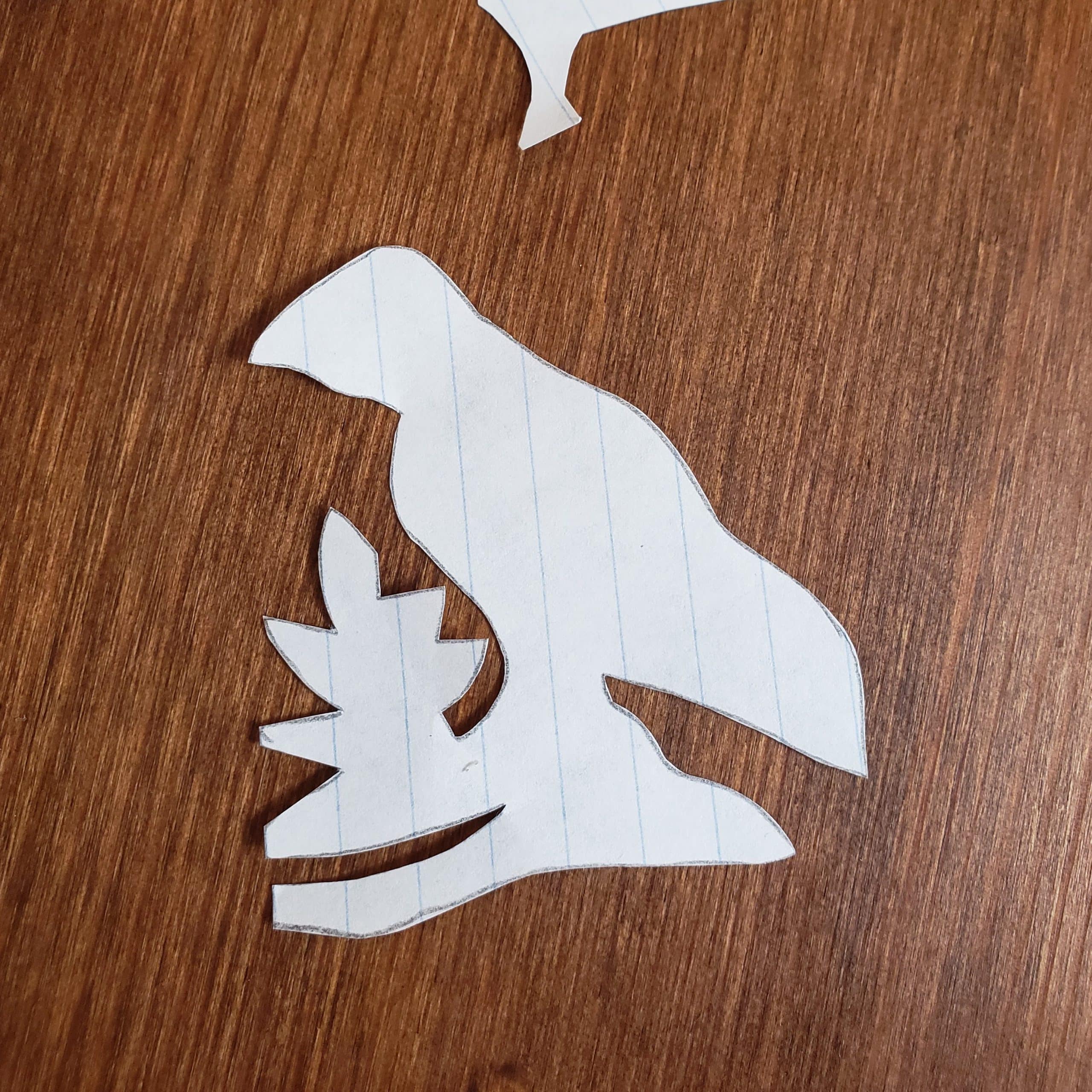 Step 4: Find a piece of paper that is at least twice as large as your template and fold it in half. Place your template on the right half of the folded piece of paper. Then, line up the left edge of the template with the center fold of the paper (see photos below). 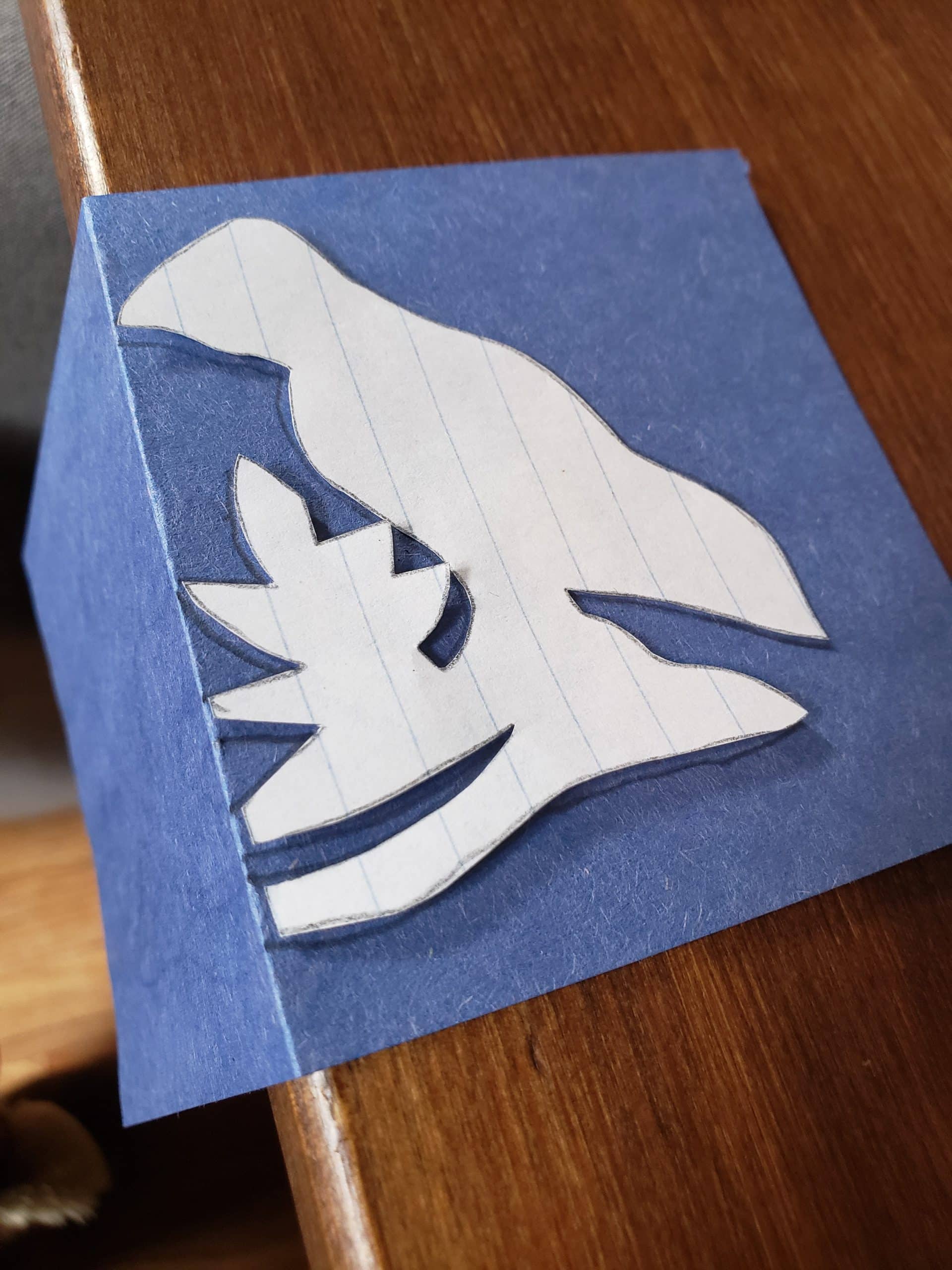 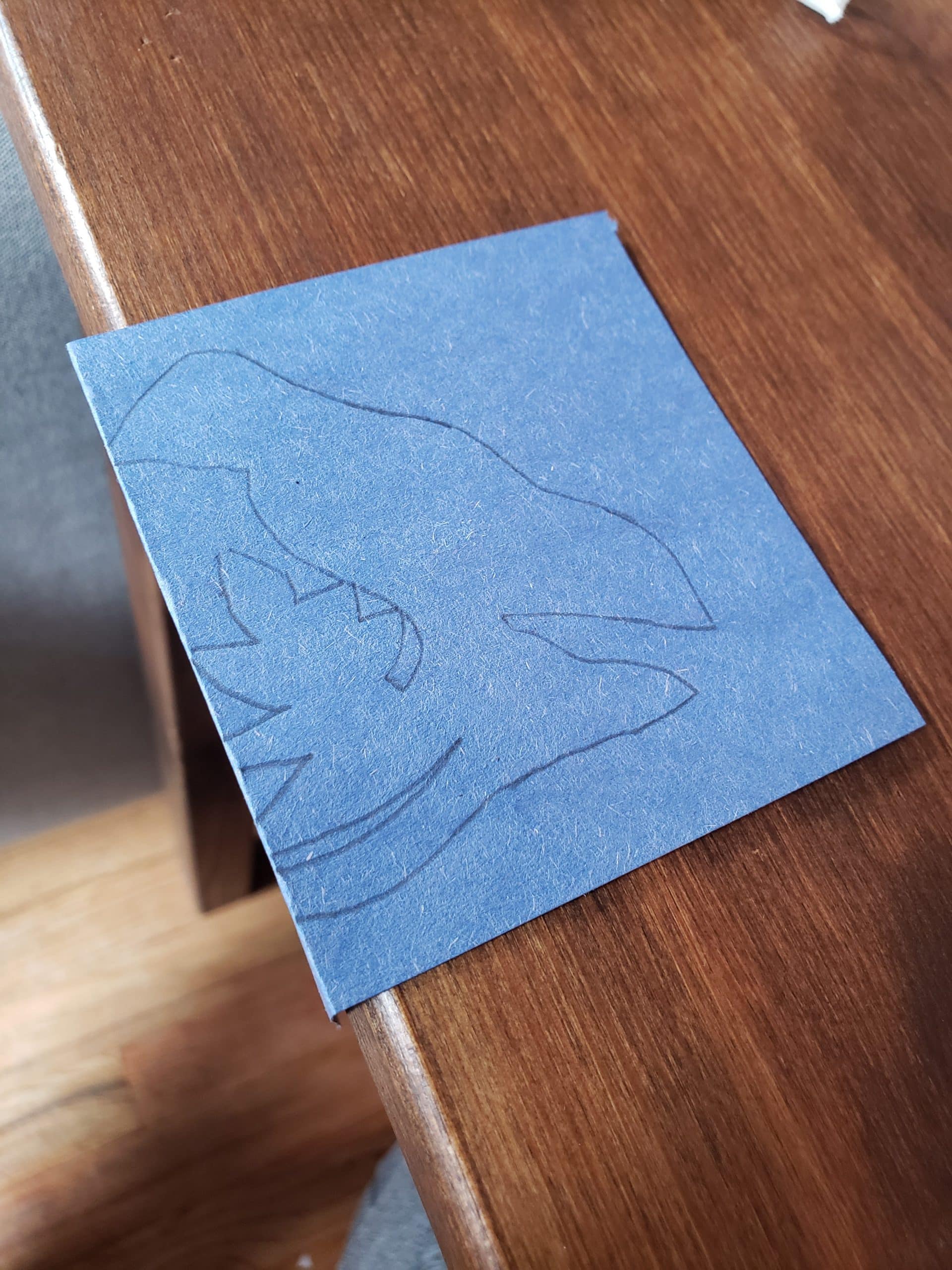 Step 6: Remove your template from the folded piece of paper. Keeping the paper folded, use your scissors to cut through both halves of the folded paper at once, following the outline of the template. Don’t cut through the parts that touch the fold, as these will hold the piece together. After you’re done, unfold the paper to see the final product! Tip: Use an X-Acto knife to carefully cut out some extra details into the pattern, as seen below. 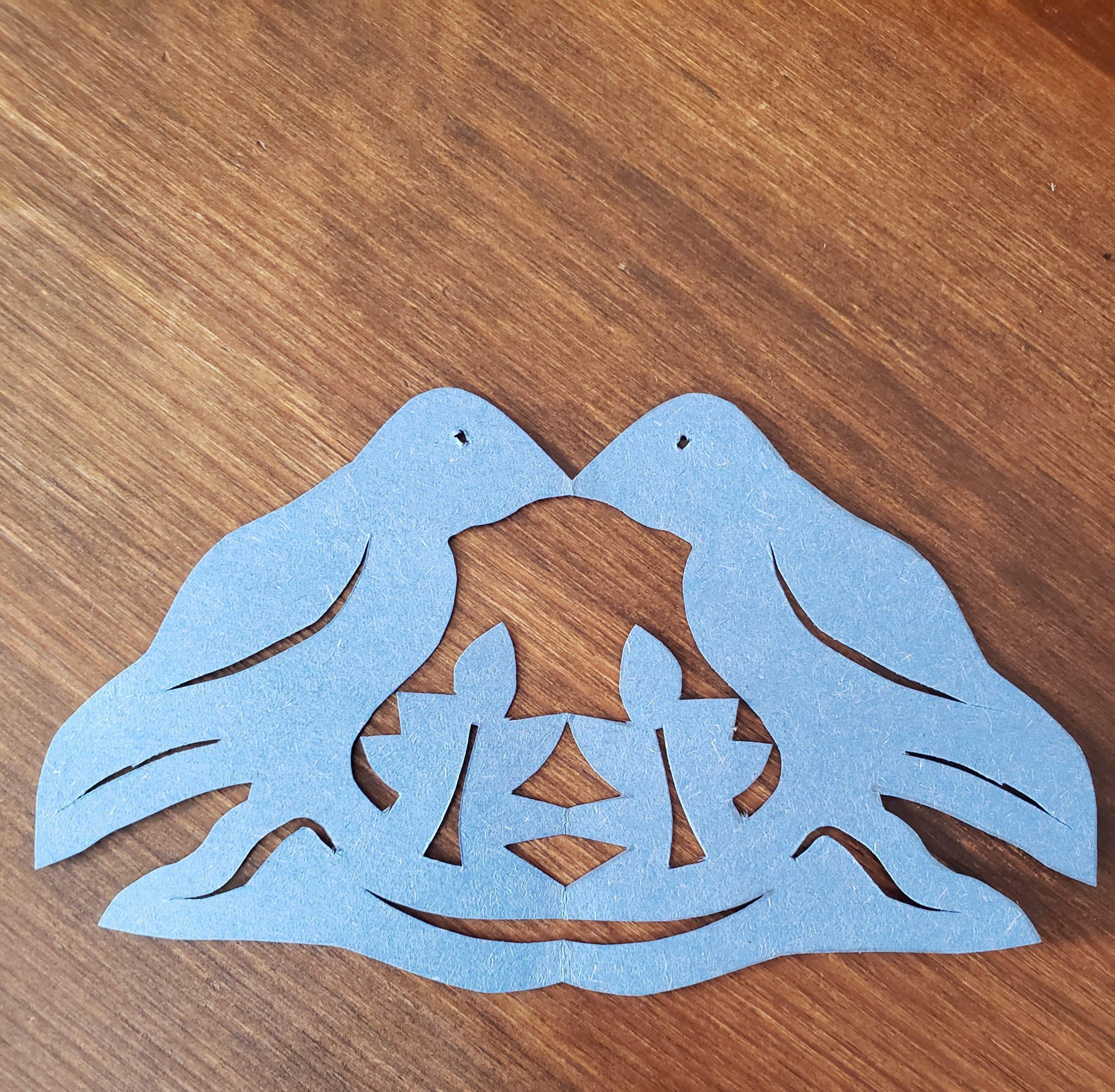 What can you do with your Scharen Knippen creation? Tape it to your window as decoration, attach some strips of paper to make a crown, or shine a light behind it to create a shadow puppet! Once you understand the paper cutting process, you can go back and complete this process with Scharen Knippen templates that you make on your own.