Back to Advancing the Park

Prospect Park Alliance, the non-profit organization that operates Prospect Park in partnership with the City of New York, is restoring Grand Army Plaza, the majestic entrance to Prospect Park, through $9 million in funding by New York City Mayor Bill de Blasio. The project includes the historic Soldiers’ and Sailors’ Memorial Arch and the landscaped berms that frame the plaza. 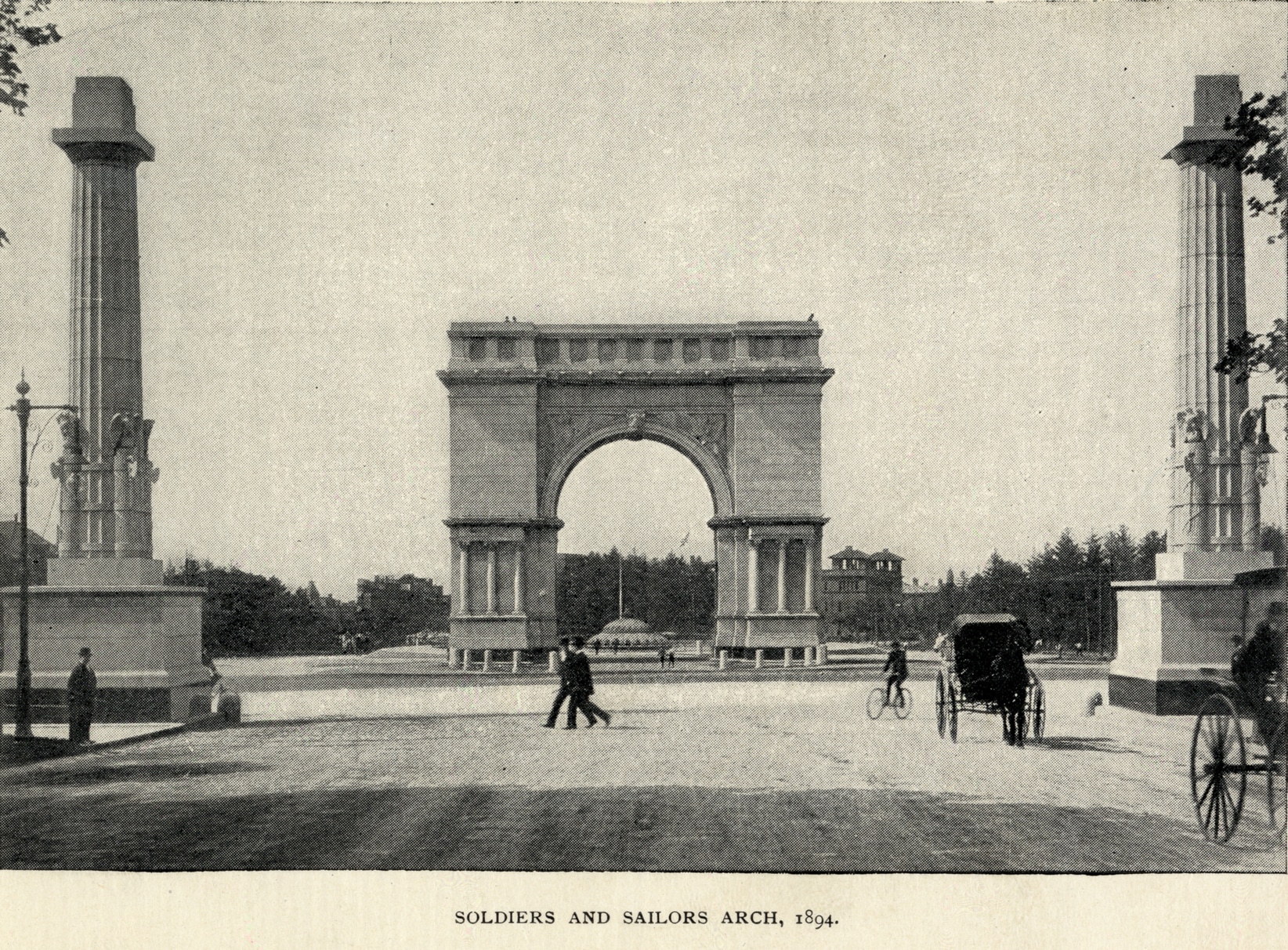 Park creators Frederick Law Olmsted and Calvert Vaux designed Grand Army Plaza as the grand formal entrance of Prospect Park at the time of its construction in 1867. In 1892, the plaza became the site of the Soldiers’ and Sailors’ Memorial Arch, which commemorated those who fought with the Union troops during the Civil War. The arch was designed by John Hemingway Duncan, and construction of the monument was overseen by Olmsted, Vaux and the architect Stanford White. A New York-based architect, Duncan is now considered one of the more important architects of the twentieth century, responsible for important works including Grant’s Tomb in Manhattan. The dedication of the arch took place on October 21, 1892, and was attended by President Grover Cleveland who spoke at the ceremony. 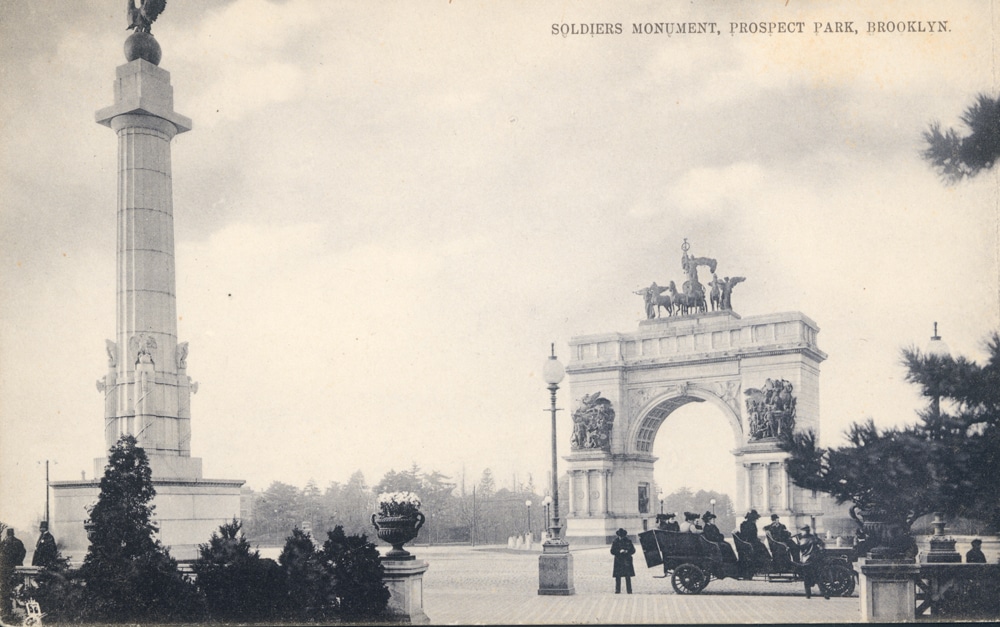 In 1898, Brooklyn-based sculptor Frederick MacMonnies designed and installed bronze statuary, which is prominently displayed on the arch. This includes a bronze sculpture of the winged Goddess Columbia, representing the United States, riding into battle upon her chariot, flanked by two winged Victory figures, who trumpet her arrival. Smaller sculptures mounted on pedestals depict soldiers and sailors. 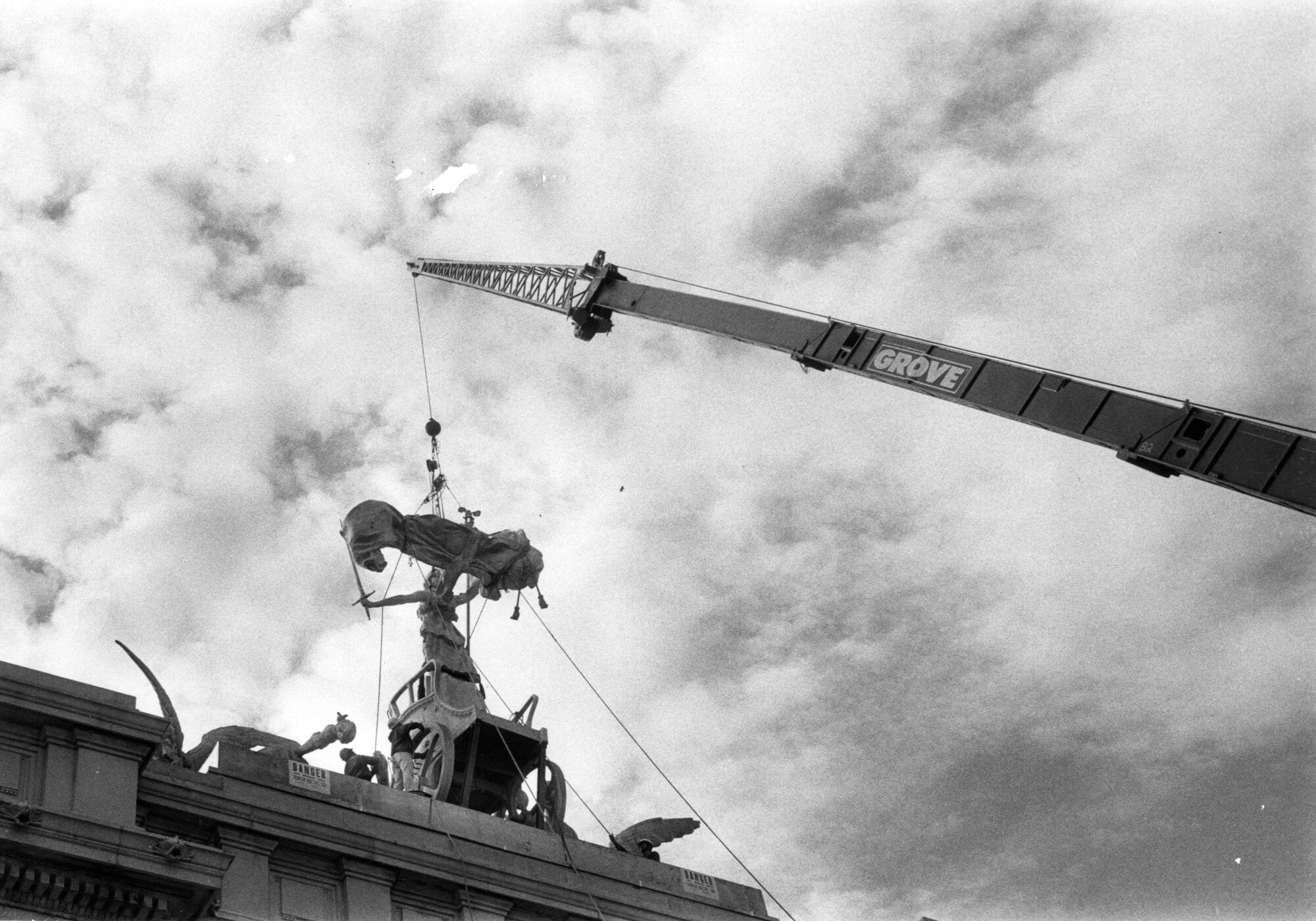 The Arch was designated a National Historic Landmark in 1973, when the structure was in severe disrepair, and in 1976 Columbia literally fell from her chariot. The City undertook a restoration of the Arch in 1977-79, with subsequent work in 1989 and the mid-1990s. In 1999, the Arch’s bronze statuary groupings were restored by the NYC Parks Monuments Conservation Program.

Since the last restoration in the mid-1990s, the Soldiers’ and Sailors’ Memorial Arch has deteriorated over time and has suffered from water damage. The Alliance restoration will include replacing the arch’s roof; cleaning and re-pointing the brick and stone structure; repairing interior elements, including historic iron staircases that lead up to the roof; and upgrading the exterior lighting with new high efficiency fixtures.

In researching the restoration design, Prospect Park Alliance worked with Atkinson-Noland & Associates to conduct radar and magnetic investigations of the arch’s structure and internal conditions, and Karcher Company to test the cleaning and conservation processes. In addition, working with Renfro Design Group, Prospect Park Alliance developed a lighting design scheme that showcases the historic elements of the arch and its statuary while making the lighting more environmentally friendly by utilizing energy efficient technology. 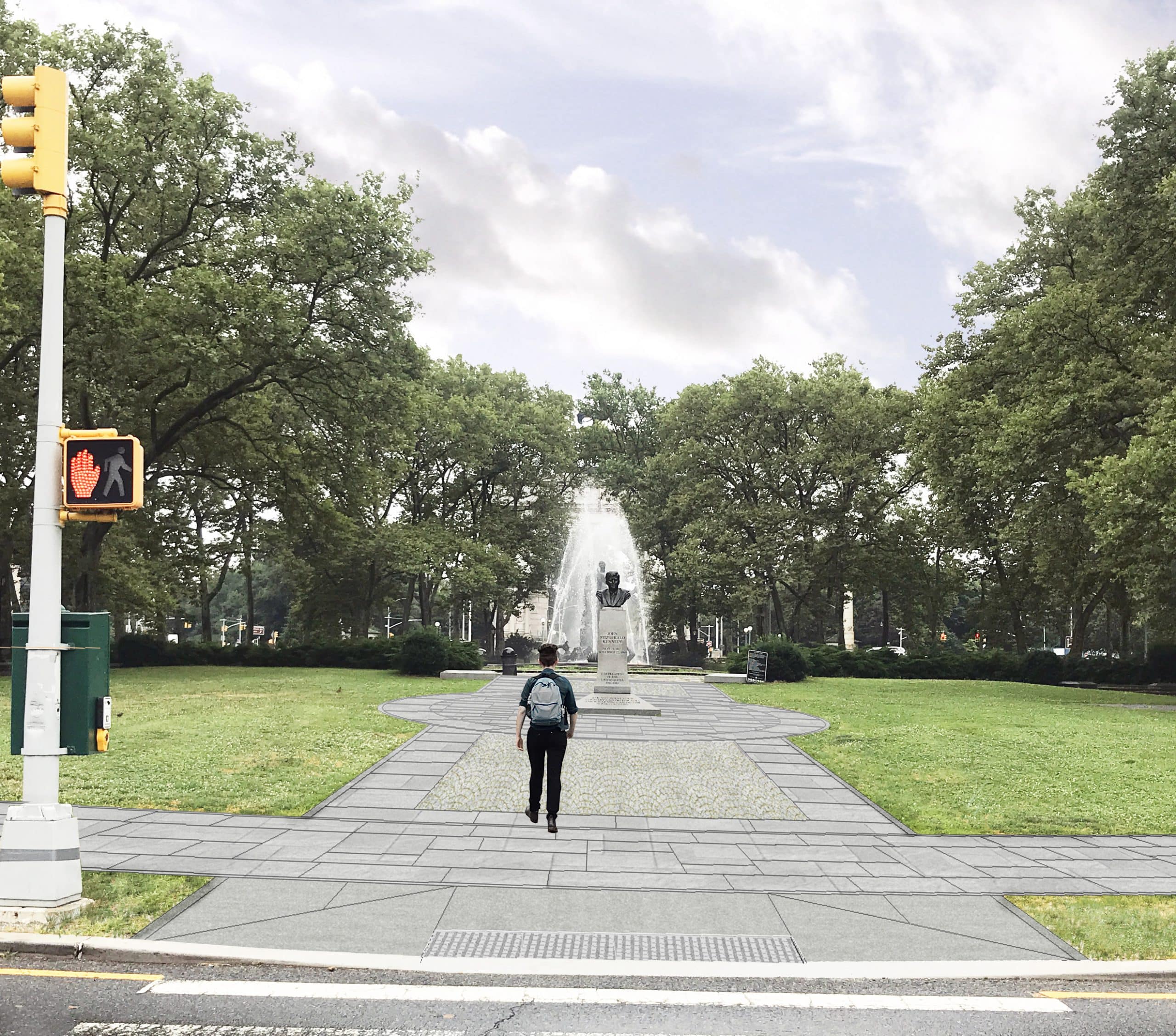 The project also includes restoring elements of the surrounding plaza and landscaped berms that frame the plaza on its east, west and north sides. This includes removing invasive vines, shrubs and trees that are in poor condition and planting mostly native trees and shrubs that provide interest and color throughout the seasons. The Alliance will also replace the existing chain link fence with low, decorative steel fencing, and restore the broken bluestone and granite paving around Bailey Fountain and the John F. Kennedy Memorial so that it is accessible.

Learn more about restoration efforts throughout Prospect Park on our capital projects tracker.